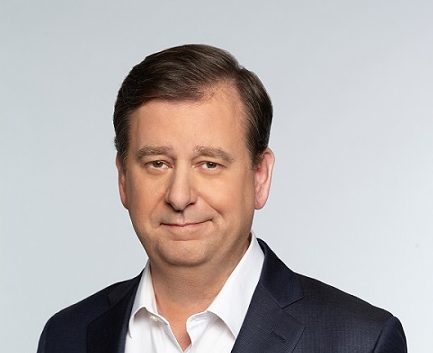 “John has played a fundamental part in the development of some of our most successful and signature programs,” Scott said in a statement. “For nearly two decades, he has been an asset to the network and we are looking forward to him taking on this new key role in overseeing Fox Nation.”

Finley, who most recently was Fox News’ svp of development and production, added, “I am excited to assume this new position and continue my journey with the network in delivering top rate programming across both Fox News and Fox Nation.”

Finley was the creative force behind the early programming for Fox Nation, which ranged from historical documentaries to political and lifestyle series. Back in November, he told Adweek’s Jason Lynch: “Fox Nation isn’t just an on-demand, subscription OTT service. It’s a members-only destination, a club that we want people to join.”

Have people been joining the club? That remains to be seen. The network has yet to release early numbers for Fox Nation. Hopefully it will sometime soon!

In addition to programming he’s developing, last week, Finley launched the second season of What Made America Great with Brian Kilmeade. He also has a series of summits in development for Fox Nation which will be an opportunity for fans to meet talent and interact with other fans.

Finley has been a Fox Newser for 19 years, starting out as an ep. Most recently, he oversaw the development of weekend series, The Next Revolution with Steve Hilton, Life Liberty & Levin, and the documentary The Man Who Killed Usama Bin Laden. Additionally, he was involved in the development and planning of all the network’s presidential debates during the 2016 election cycle as well as the senatorial and gubernatorial election town halls co-anchored by Special Report’s Bret Baier and The Story’s Martha MacCallum.

While Finley has been promoted to an evp role, Scott Wilder has been named Fox News vp of field and production operations. Wilder will take on Finley’s production responsibilities in this role, and report to chief operating officer of Fox TV Stations and FNC svp of news operations, Sharri Berg.