NEXT:Jamie Colby Has Left Fox News and FBN
PREVIOUS:Lara Logan: 'I'm Not Going to Pretend to Be Conservative So I Can Be the Darling of the Conservative Media; I'm Going to Be Who I Am' 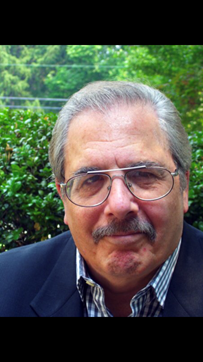 Weisman seemingly did it all for the network. He was producer for the late Morley Safer on 60 Minutes, and contributed greatly to CBS Sports Olympic Features unit which he directed for the 1992 Winter Games in France.

Weisman died at his home of natural causes.

The last stories he produced were for 60 Minutes Sports, the spinoff created for Showtime.  Among the pieces was a story about NFL Films, the pioneering sports cinematography company, centered on its founder, Ed Sabol, who died shortly after, and a profile of skier Lindsey Vonn that aired in January 2017.

Weisman began his television news career in New York at WCBS-TV in the early 1970s and was an original producer on ABC’s 20/20.  In 1979 he joined the staff of the CBS Evening News with Walter Cronkite.

This picture is in the office. He’s working while I bother him. The usual. pic.twitter.com/i0pxfPv2NZ

He was a friend and mentor who meant more to me than I can ever describe. I will miss him forever. https://t.co/DqAtOdmgCO

Beginning in the mid-’90s, Weisman held senior production titles at CBS News with CBS Sunday Morning and Street Stories with Ed Bradley.  He was executive producer of Time Warner’s Sports Illustrated Television, and the CBS-Westinghouse channel Eye on People.

He was the author of two books: Lone Star: The Extraordinary Life and Times of Dan Rather, and “Prince of Darkness: Richard Perle, the Kingdom, the Power and the End of Empire in America.”

“Alan Weisman was a brilliant writer and sophisticated storyteller. He was also a brutally honest and funny colleague,” said Bill Owens, executive producer of 60 Minutes. “I have never met anyone prouder to have worked at CBS and 60 Minutes.”

Alan Randolph Weisman was born August 4, 1950, in Brooklyn.  He is survived by his wife of 35 years, Jeanne his daughter, Diana, his son Daniel and his wife Nikki, mother, Olympia and brother Kenneth, in addition to numerous nieces and nephews.