NEXT:Monday, Sept. 20 Scoreboard: The Five Is Most-Watched on Cable News; Fox Wins Total Day, Primetime
PREVIOUS:CBSN Is Being Renamed CBS News, And Will Move to Former CBS This Morning Studio 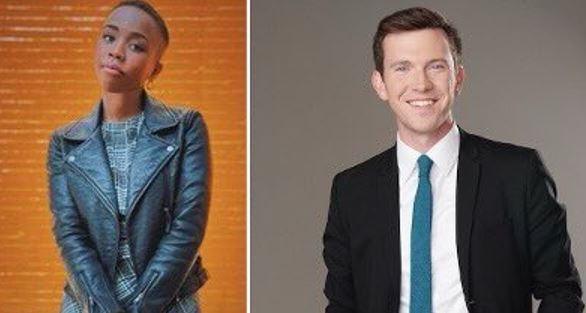 Staffing news coming out of NBC on Tuesday: NBC News political reporter Vaughn Hillyard is now an NBC News correspondent, and Zinhle Essamuah is joining NBC News as a reporter. Both newsers will focus their initial efforts on reporting for the network’s streaming news series NBC News Now, as the company launches a series of new primetime shows, including Tom Llamas‘ new show, which launched on Monday.

Up to this point, Hillyard’s journalism at NBC News focused on politics. He reported for NBC News during the 2016 and 2020 election cycles as well as the Senate and House races in between. Since joining NBC News in 2013 as the network’s Tim Russert Fellow, Hillyard has served as an embed campaign reporter covering Sen. Ted Cruz’ presidential campaign and then the vp campaign of Mike Pence. He has interviewed VP Pence, Sen. Cruz, Mayor (now transportation secretary) Pete Buttigieg, Sen. Bernie Sanders, Sen. Elizabeth Warren, then Sen. (now vp) Kamala Harris and more. During his coverage of both Biden and Trump’s administrations, he traveled to all 50 states. Hillyard will report for NBC News Now and continue to report for other NBC News programs.

Essamuah is joining NBC News from NowThis where she hosted their daily evening news show, KnowThis on Facebook Watch. Her reporting has focused on politics, justice and culture. She has interviewed luminaries including vice president Harris, Serena Williams, Dr. Anthony Fauci, Ava DuVernay, John Legend and Daniel Wu. Essamuah is a recipient of a Gracie Award for her short documentary about the Black Lives Matter movement in Ferguson. She starts in October and will be based in New York.

A big congratulations to @vaughnhillyard who has been made an @NBCNews correspondent and a big welcome to @simplyzinhle who is joining as a new reporter. They going to bring it to @nbcnewsnow pic.twitter.com/522v2xoeBO

Secondly, @janelleNBC is building a *deep* team of good, strong colleagues at @NBCNewsNow that is expanding the reporting & storytelling within the entire news org & only broadening our reach.

I’m stoked to be a part of this. https://t.co/gSuOEFOVNz