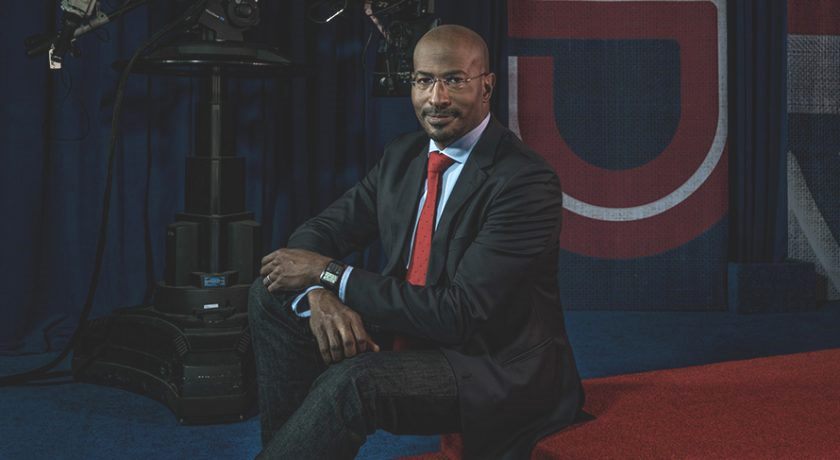 One of TV news’s breakout stars of the 2016 presidential election season is getting his own prime time cable news show.

On this new opinion program, Jones will provide his thoughts on the forces that elected Donald Trump, the anti-Trump “resistance” movement and the future of both major political parties.

The CNN personality graced the cover of Adweek in April 2017. In our Q&A with Jones, titled, Can Van Jones Bridge America’s Rancorous Divide and Spark a Productive Political Conversation?, he discussed his series of CNN post-election town halls The Messy Truth, which appears to be a jumping off point for this new program.

I’m trying to get to a place where we can have a different kind of conversation where the goal isn’t just to bludgeon the other side with your talking points, but it’s really something more basic, which is the quest to understand and to be understood. When I go out to West Virginia or Ohio, Pennsylvania, Arizona to talk to Trump supporters, I’m not trying to catch them in the act of being awful people. I’m not out there trying to do “gotcha” segments.

In addition to The Van Jones Show, CNN has green lit the production of a new CNN Original Series in collaboration with Citizen Jones, a production company. Hosted by Jones, the unnamed series focuses on reconciliation, hope and redemption within the criminal justice system.