NEXT:How Morning Joe Reported the Mark Halperin Sexual Harassment News
PREVIOUS:Pres. Trump: 'I'm So Proud I Have Been Able to Convince People How Fake the Media Is' 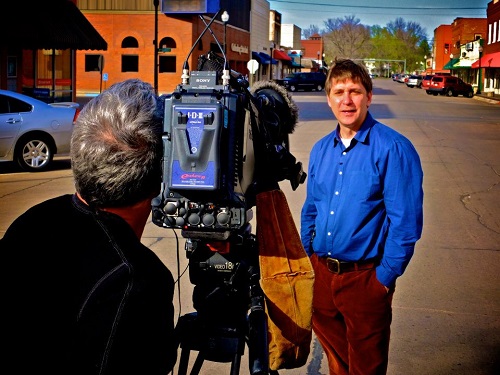 CBS News correspondent Steve Hartman covered a man named Chris Rosati for more than four years as part of his CBS Evening News “On The Road” segment. Rosati lost his battle with ALS last week at the age of 46.

“He was dying but he wanted to make the world he was leaving behind a better place,” Hartman told TVNewser earlier this week during an interview at the CBS broadcast center. “His story is one that kind of symbolizes why I do what I do.”

Hartman spoke to us about carrying on Charles Kuralt‘s legacy as host of the CBS Evening News segment, his unique creative process, and why telling these uplifting stories is so important with so much tearing down all around.

TVNewser: Your style is unique in that you do it all yourself–report, write, shoot, edit–correct?

Hartman: Yes, and I’m a bit of a control freak. If there’s a secret to my success, it’s that if I get it wrong, I can re-do it a million times and no one will know because I edit it myself. I think I’m the only correspondent who edits himself. I know years ago when I started that was the case, and I don’t think anyone is chomping at the bit to do that. The way it normally works is a reporter will write the story, and hand it over to someone else who will put it together. But I’ll lay out the whole story visually and then write the words later. If I don’t like it, I can do it again. If I don’t like how I read something, I can go re-read it. I can sit there and massage it the story until it’s how I want it to be.

TVNewser: Your Chris Rosati story struck a chord with a lot of people. Talk about that dynamic. It’s different from a lot of what you’ll encounter in journalism these days.

I was originally referred to him by another CBS employee who went to high school with him and had seen a Facebook post about him stealing a Krispy Kreme donut truck. He just sounded like an interesting character. I went down to North Carolina and met him, and I eventually fell in love with him. Truly. He made me laugh so hard whenever I was there. Over those four years, I just kept on coming up with different excuses to see him and tell another chapter in his story. I’ll miss him. 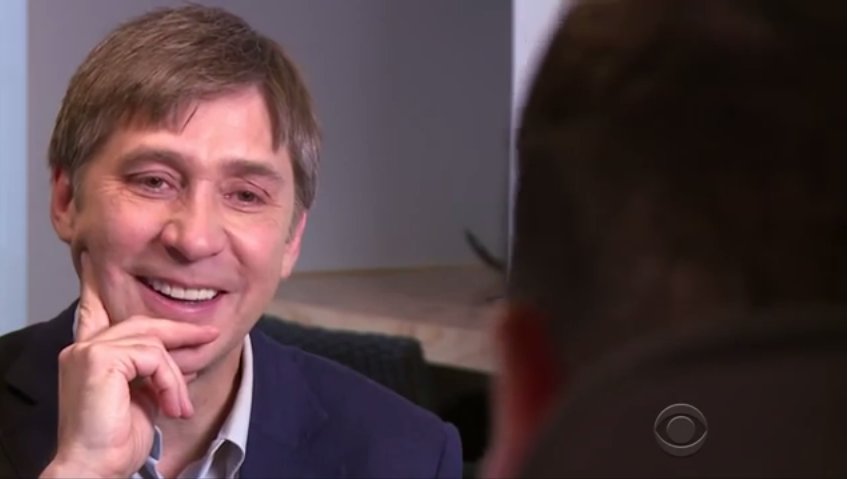 TVNewser: How has the storytelling process changed from what Charles Kuralt was doing in the 1970s?

One of my favorite pieces by Charles is “Chandler Family Reunion.” I looked at it recently, and it is over five minutes long. One minute, 30 seconds go by before there’s even a soundbite, and it is completely compelling. Nowadays, you don’t go 12 seconds without putting in a soundbite and it has to be real snappy with quick edits. We have come to believe that fast edits make things go faster. But Charles Kuralt made slow go by so fast. Those five-minute pieces flew by. He has a 12-second rift in there about a family reunion and he just talks about what they ate. He talked about their corn muffins, their squash and their cake. Can you imagine me putting that in a script nowadays? That kind of detail is lost. Even my feature stories when I started at CBS were about 3 1/2 minutes long. Now, they’re down to about 2 minutes, 45 seconds. At some point, we’re going to have diminishing returns where it’s hard to tell a story in the time they want it told. 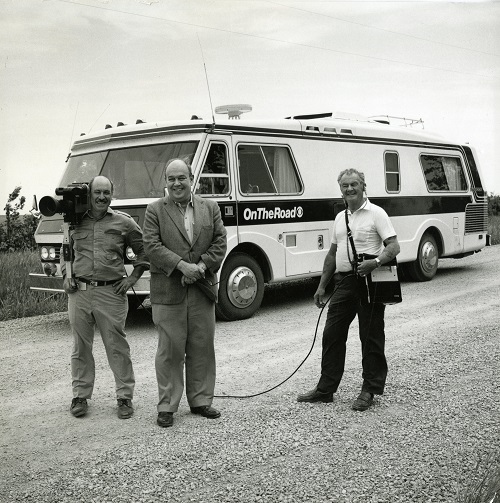 TVNewser: Talk about a couple of your favorite stories from On The Road.

My favorite story of his [Kuralt] was about a search for the world’s largest ball of twine. I remember as a kid sitting on the living room floor and watching it the first time it ran, and thinking “Wow, I would like to be Charles Kuralt someday.” I think a lot of people felt that way. That particular story symbolizes what kind Charles was all about, just finding regular, ordinary people out there with extraordinary stories.

Now, I always hate picking my own favorite stories because it’s sort of like picking your favorite child. One story that stands out to me is a story I did last fall about Nora and Dan. Nora is a 4-year-old girl who goes into a grocery store and she sees this old guy who seems lonely. She points it out and tells her mom she wants to give him a hug. It turns out this guy really was in need of a hug. He had recently lost his wife, was depressed and had no reason to live. They formed a friendship that continues to this day. They still get together at least once a week, and it kind of sums up what I like about the job and the stories I tell.

TVNewser: What influenced you to go into the heartland and shine a light on these everyday stories?

A lot of the reasons Kuralt gave for wanting to tell these feature stories, are reasons why I want to do it. Kuralt talks about how he didn’t like being competitive. He didn’t want to go into a story and there be other reporters there because he knew when he would get back to the office, someone would tell him: “How come Joe Schmoe got this soundbite and you didn’t?” I think it’s better to go someplace where no one else is competing with you.

I like getting to tell stories that aren’t being told. I always felt like there were more stories out there than were getting told, but then I did this “everybody has a story” project where I threw a dart at a map and went wherever the dart hit. Then, I’d pick someone out of the phone book and do a story on them. That really changed my thinking. Not only are there a lot more stories out there, but there’s a story in everybody. That made me want to go out and continue to focus on those. 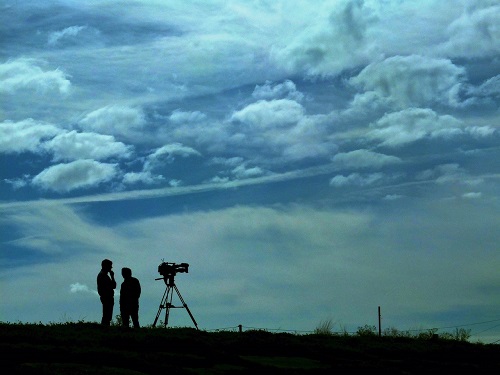 TVNewser: TV journalists aren’t always beloved by everyday Americans, particularly these days. Have you experienced animosity in your recent travels?

Hartman: Never. I don’t know if it’s because of the stories we tell, or what, but I haven’t experienced anything like that. I will say this: As politics took up more and more of the slice of the pie, after the election I was wondering if there still would be a place for this. I wondered if there would be so much happening that feature stories get pushed out. I feel that the opposite is kind of happening. I think people now feel that we need this kind of storytelling now more than ever. If you read our comments, we hear that a lot. 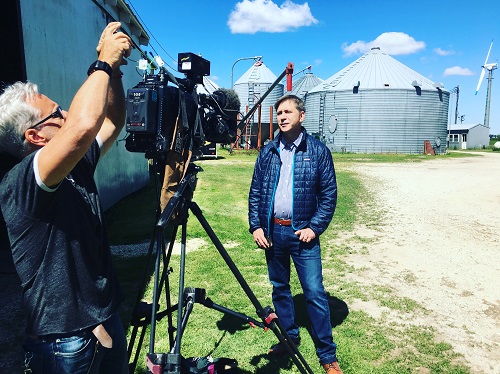