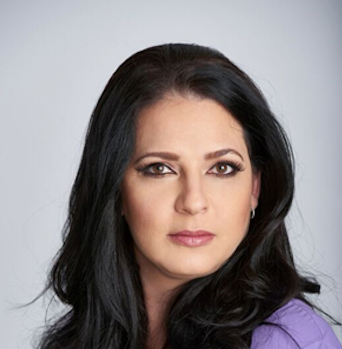 Just weeks before it co-hosts its first Democratic presidential primary debate with ABC, Univsion is bolstering its news division with the promotion of María Martínez-Guzmán as svp and executive news director. Prior to this appointment, she was vp, newsgathering for Univision News.

Executive producers for each of these news programs will now report directly to Martínez-Guzmán, while she will report to Daniel Coronell, president of Univision News.

“This well-deserved appointment is a testament to María’s talent, expertise, leadership skills, hard work, and unwavering commitment to helping Univision continue to be Hispanic America’s number one choice for news and information,” Coronell said in a statement. “For almost two decades, María has made incalculable contributions to the success of Univision News and has proven to be a great team player in addition to an extraordinary leader. We’re proud to have her, and confident that she will keep shining in this new role.”

Martínez-Guzmán is a Univision veteran, having joined the network on a national level back in 2002 after spending five years in local news as news director for the McAllen, Texas local affiliate station Univision KNVO – Channel 48.

During her tenure at Univision News’ headquarters in Miami, she has successfully held several positions, among them ep for the entire news division. In 2016 she was named vp of News Gathering, a role in which she responsible for managing nearly 200 newsroom employees, overseeing annual operating budgets, leading Univision News’ editorial line, and supervising production for all major Univision news coverage, among other important duties.