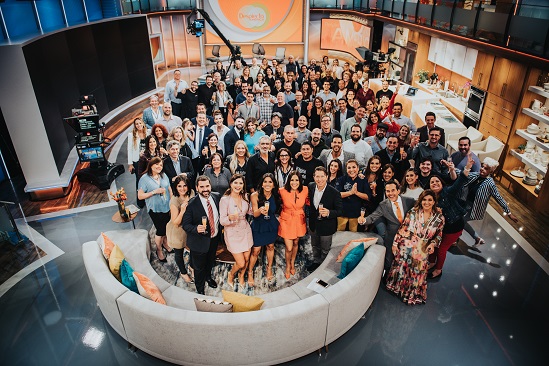 “Our audience wakes up with DA [Despierta América!] every morning,” Speciale remarked during the network’s New Vision virtual event. “There are more Hispanics watching DA than GMA and Today Show combined.”

DA has in fact been the top-rated Spanish language morning show for 24 years running.

Univision’s annual upfront presentation to the TV advertisers and buyers isn’t until Tuesday, May 18. However, on Wednesday afternoon, the company held a virtual event called A New Vision at Univision, where the new executive team, led by CEO Wade Davis, shared with marketers its new vision for the company so that they’re up to speed by the May upfront.

Speciale, formerly WarnerMedia’s ad sales chief, hosted the presentation. She was named president of ad sales and marketing for Univision at the start of this year, part of a new team brought in by Davis, the former Viacom CFO whose investor group acquired a 64% stake in the company at the end of 2020.

Davis and Speciale knew each other before joining forces at Univision, having worked together alongside Fox on the launch of Open AP.

During the virtual event, Davis spoke about the reinvention of Univision, wanting to “modernize,” and “supercharge” the company. “For us, our new mission is the power of that Univision reach, but amplified and modernized with more powerful content, new platforms and new solutions,” said Davis.

Two of those new platforms are of the digital variety. There’s PrendeTV, Univision’s new ad-supported streaming service, and the first ad-supported streamer created exclusively for the U.S. Hispanic audience that features Spanish-language programming.

PrendeTV is an AVOD service that launches next week, featuring shows, movies, channels and stars are familiar to Univision audiences.

“We are the only destination for Spanish language streaming in America,” Speciale proclaimed.

The second and third quarters are significant for Univision, and present big opportunities for advertisers. The network’s Latin Grammys airs on Mother’s Day. The annual youth-targeted awards show Premios Juventud will take place this summer. It’s also going to be a busy time on the sports calendar, as well. Copa América is returning to Univision in June, and The Gold Cup is back this summer as well; all part of the network’s “Summer of Champions.”