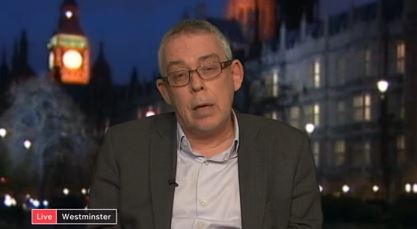 On the UK’s Channel 4 News this evening, senior home affairs correspondent Simon Israel reported that a source told him the man suspected of carrying out the attack in London is Abu Izzadeen. Israel called him “a well-known member of the now disbanded British Islamist group al-Muhajiroun.”

28 minutes later, Israel returned to show to say he may have gotten it wrong:

It now appears that might not be the case. It might be someone else, owing to the fact that new information has emerged to suggest that Abu Izzadeen is still in prison, serving a sentence having been arrested and detained two years ago and then brought back to this country to serve another sentence. So it may be that we are not as not as certain as we were about the identity of this attacker.

From certainty to uncertainty, good illustration of why we mustn't rush to judgement on id of suspect from @simonisrael on @Channel4News. pic.twitter.com/8YJaH7QbTu