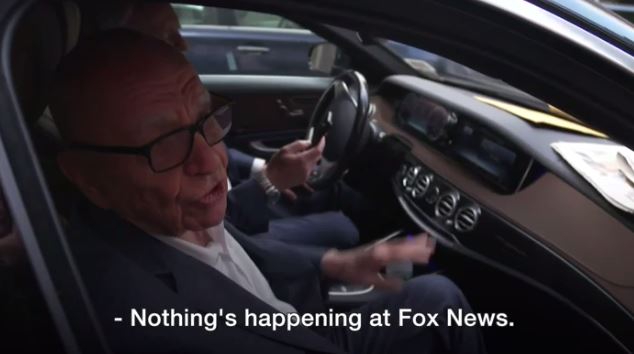 There are now 13 current and former Fox News emplolyees suing the network citing racial discrimination and a hostile work environment.

The two new plaintiffs have made similar claims against former comptroller Judith Slater who was fired in March just before the original suit was filed.

Elizabeth Fernandez worked in the accounts receivable department from Nov. 2011 to July 2014. Claudine McLeod began working at Fox News in 2010, and is still employed there. The two “were subjected to a litany of offensive and racist comments that created a hostile work environment,” the amended suit claims.

The suit claims Slater said things like “I don’t like Spanish people’s food, you guys like eating pig feet, chicken feet, pig tongue and cow tail I wouldn’t even feed my dogs your food;” and to Fernandez, “do you plan on having any more babies – I know that Latinas like having a ton of kids.”

“Fox News terminated Judy Slater before a single lawsuit or any amended complaint was filed,” a Fox News spokesperson said.

“It is our collective hope that rather than reflexively denying these claims and declaring that they will be vigorously defended, 21st Century Fox will finally show some contrition, acknowledge it is at fault and issue an apology,” said lead attorney Douglas Wigdor, who is also set to appear before Ofcom, the UK’s communications office that will determine whether 21CF can move forward with its $14 billion acquisition of Sky.

The BBC confronts Rupert Murdoch over Ofcom and the discrimination and sexual harassment allegations at Fox News.https://t.co/qWNClU6i3M pic.twitter.com/gX3LLkGb0Y