Broadcast news networks have sent their evening news anchors (and in the case of CBS and NBC, a morning show co-host) to Pittsburgh to cover the horrific domestic terror attack that claimed the lives of 11 worshipers inside a synagogue.

ABC World News Tonight, NBC Nightly News and CBS Evening News all originated from Pittsburgh on Sunday evening, and will do so again Monday night. 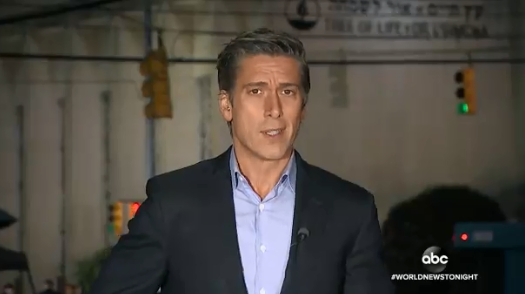 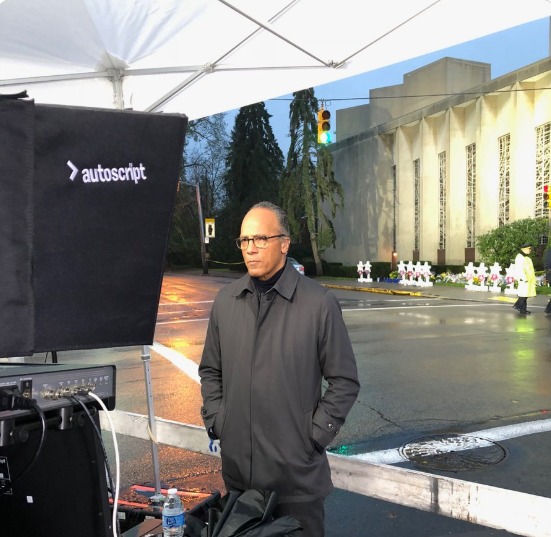 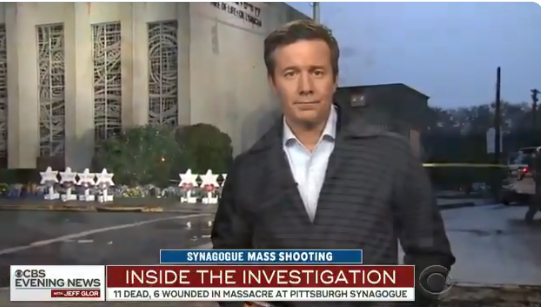 .@CBSEveningNews anchor @JeffGlor spoke with four members of a congregation that worships at the #TreeofLifeSynagogue

Three of them say they avoided injury because they were running late. pic.twitter.com/FgKGwsmKOt

.@biannagolodryga: “Can the shooter be forgiven?”
Rabbi Jeffrey Myers: “I just don’t know. The wounds are too open to answer that… Can you really forgive everybody for all evil– is one of those big theological questions, & right now I can’t answer it.” (via @CBSThisMorning) pic.twitter.com/RvroKPZjyE

The attack has extra-ordinary meaning for Golodryga, as per this clip:

Debi Salvin explains how her sister, Carol, was locked in a utility closet while the synagogue gunman was shooting. One of the older congregants opened the door when he no longer heard gunshots, but the gunman was there and shot him. pic.twitter.com/DUKEWQfQLS

Rabbi Jeffrey Myers tells @savannahguthrie he initially thought the gunfire was a crashing metal coat rack, and when he realized the sounds were gunshots, he told his congregants to drop to the floor. pic.twitter.com/9KWSmk2dL1

She then interview Pittsburgh Mayor Bill Peduto at the start of the 9 a.m. hour (an hour which will look quite similar to Today’s first two hours for the time being). 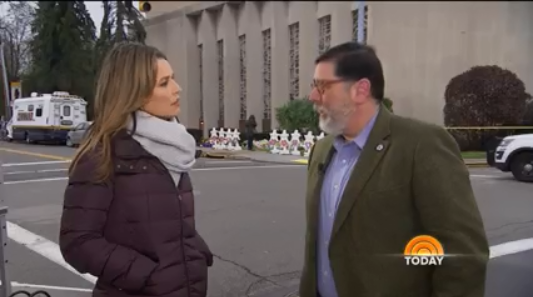 Synagogue shooting suspect due in court; he faces murder and hate crime charges. @mattgutmanABC has the latest. https://t.co/A6twMqSErq pic.twitter.com/Qlgl6TWgsu