For the most recent installment of our #AskNewsers feature, we asked TV news talent and producers to provide us with an important reporting or broadcasting skill they have developed during this unique time working in isolation.

MSNBC Deadline: White House host Nicolle Wallace told TVNewser that she has become better at managing her time, particularly now that she runs “a second grade classroom during the hours I used to spend prepping for a one-hour show that started at 4 p.m.”

Wallace added, “Now, I read all the papers the night before so I can get my son ready for his school day when we wake up. By 8:30 a.m. we are doing school work and I’m catching up on any new stories. He’s on his class Zoom meeting at 9:15 a.m. and I get on my staff call at 9:45 a.m. We do his lessons until noon when we do ‘PE’ (aka: play baseball). After that, I start reading scripts and he works next to me. When I head to the basement studio, he works with a virtual tutor and brings down my scripts!”

Wallace told InStyle recently her son has also become adept at pointing out sound glitches during her show.

CBS This Morning co-host Anthony Mason has developed an ability to foster production talent. His son Nick Mason, a student at BU, was sent home (undoubtedly much to his chagrin) and has become an integral part of his dad’s morning show production process.

Mason told TVNewser: “I’ve only survived this ‘home studio’ experience with the aid of my 20-year-old son, Nick, who (fortunately for me) was sent home from Boston University. Nick helped me set up the camera gear in our library. And he gets up with me early every morning to flip all the switches and make sure we get on TV. (We’ve dealt with blown lights, audio dropouts and failed teleprompter signals.) We call ourselves Pandemic Productions.” 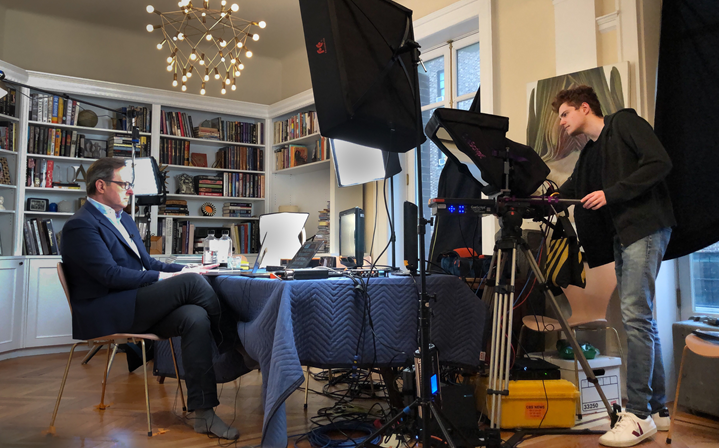 What’s the most important news skill Fox News correspondent Kristin Fisher has developed over this period?

“A severe dependency on noise-cancelling Air Pods and an uncanny ability to tune out everyone and everything when I write,” she told TVNewser. “It’s a skill I’ve been honing for years in noisy newsrooms, but perfected in the pandemic as I work from home with a toddler. My husband calls it a freakish level of focus—a state that’s simultaneously earned his admiration and frustration.” 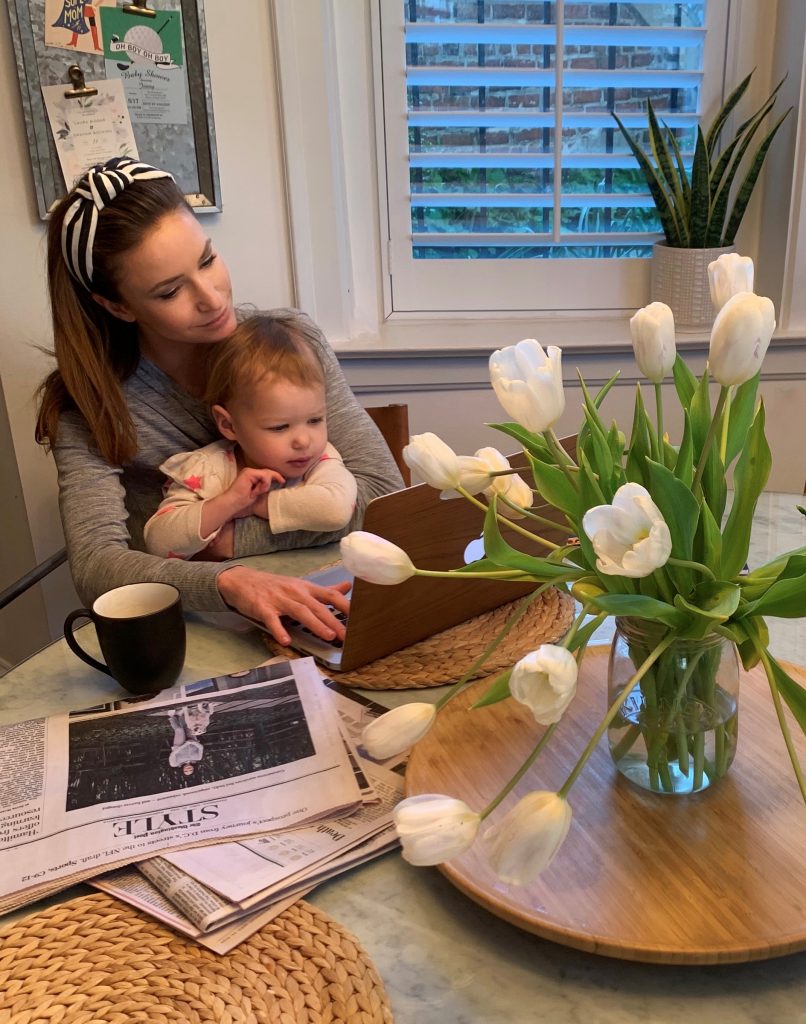 NBC News Snapchat host and NBC News/MSNBC correspondent Savannah Sellers told us that working from home “has meant a ton of changes,” and that “in some ways, I think it’s actually meant improvement.”

She added: “I’ve learned our audience is craving authenticity more than ever. They don’t want to see me from home looking like I’m in a studio. They’d rather see me deliver the news from my living room and then maybe show them what I’m cooking or how I’m passing the time—that I’m just like them.”

Sellers said that she’s learned a number of technical lessons as well. “My phone must be significantly lower than the ring light to avoid glasses glare and many of my sweaters aren’t sturdy enough to support a microphone,” she said. “If you’re not paying attention you will pinch yourself opening up a tripod. And while I’m extremely grateful to have an exercise bike during this time, it’s not cute in the background of every Zoom interview. Also, I always knew how lucky I was to get hair and makeup done every day … but man, oh man, do I miss those people and that room.” 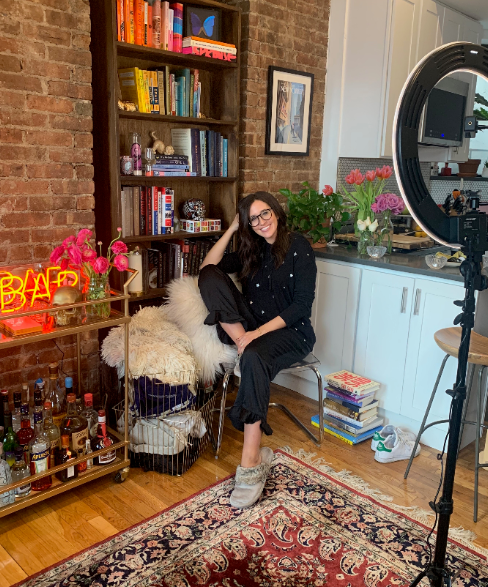