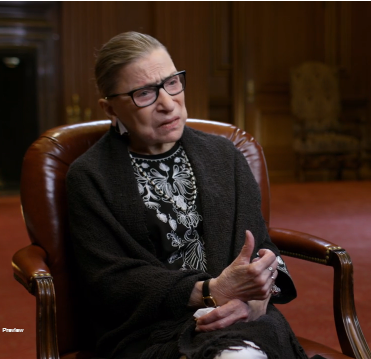 Supreme Court Justice Ruth Bader Ginsburg died Friday of complications from metastatic pancreatic cancer at her home in Washington, D.C. She was 87.

The Brooklyn native was named an Associate Justice of the Supreme Court in 1993 by then-President Bill Clinton. She was a champion of women’s rights and progressive causes who became the court’s second female Supreme Court justice, and she was considered the leader of the court’s liberal wing in recent years.

Justice Ginsburg became well known in popular culture over time. She was the subject of two movies, including an Emmy-nominated CNN documentary. Kate McKinnon parodied her on Saturday Night Live, and Justice Ginsburg earned the nickname “Notorious R.B.G.,” a spin on the name of the late rapper Notorious B.I.G., another Brooklynite.

Ginsburg’s death comes two weeks before the start of the Supreme Court’s new term and roughly six weeks before Election Day, a fact not lost on political journalists. It’s an event likely to set off a battle over whether President Trump should nominate, and the Republican-led Senate should confirm, Ginsburg’s replacement, or if the seat will remain vacant until the outcome of his race against Joe Biden is known. Senate Majority Leader Mitch McConnell made clear in a statement released roughly an hour after Justice Ginsburg’s passing was made public that the Republican-led Senate will vote on Trump’s pick to replace Ginsburg, even though it’s an election year.

Here’s when and how the networks broke the news:

Burnett: We have a breaking news right now. I want to go to Sanjay Gupta. Sanjay, just to give you a chance here, Ruth Bader Ginsburg has passed away. Tell me what you know. We literally are just getting this right now.

Gupta: Well, that’s tough to absorb. I’m just hearing it right with you, Erin. We know she’s had a long medical history. Most recently of pancreatic cancer and a few procedures. We know that recently, I can’t remember the exact time line now. A couple months ago, I believe, when she was hospitalized. At that point there was concern that the type of therapy they were giving the former Supreme Court justice was more therapy to try and ameliorate the symptoms. I think it was clear at that point looking at her medical history that they knew this was an aggressive cancer that would be very difficult to treat.

Tough news to hear, pancreatic cancer, a very difficult cancer to treat under any circumstance. She has been dealing with it for some time. And as you know, Erin, she had been dealing with other medical issues. She had lung surgery last year as well. She had colon surgery sometime in the past. So, she’s been through a lot. I think this pancreatic cancer and the concern about the spread has been something that her doctors have been concerned about for sometime Erin. 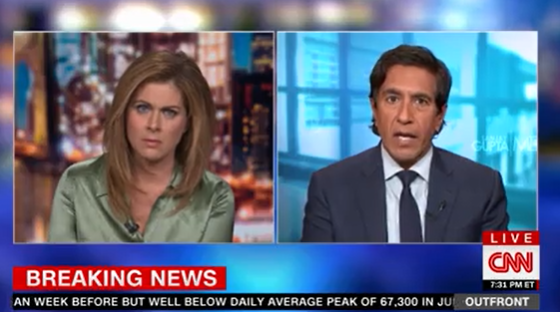 Joy Reid first reported the news on MSNBC at 7:35 p.m. ET, right before she was to bring Mother Jones D.C. bureau chief David Corn onto her show to talk about Trump University.

Reid: I’m going to hold on, because we have some breaking news that we have to report to you, so I’m going to hold it right there on talking about Trump University and unfortunately that news is that Ruth Bader Ginsburg, Associate Justice of the United States Supreme Court, has died apparently. That is the news that we are getting right now. David Corn, I’m going to bring him in a little bit early. We had David on because he’s got these tapes of Trump University depositions. But David, I’m now going to have to ask you to play a slightly different role for me. We have this confirmed. I believe our own Pete Williams of NBC News has confirmed it. David Corn I don’t know if we have you yet, but your reaction because it does appear that Justice Ruth Bader Ginsburg, known to many as “The Notorious R.B.G.,” heroic, liberal member of the court has died … 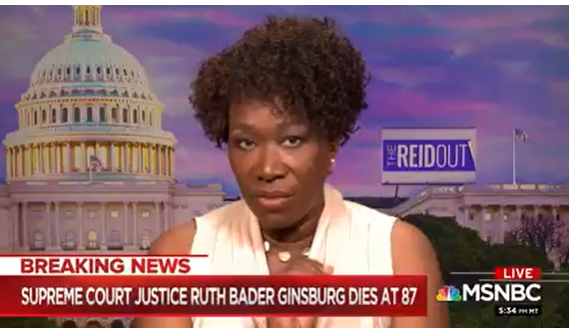 U.S. Supreme Court Justic Ruth Bader Ginsburg has died at the age of 87 due to complications from pancreatic cancer, according to the information we are getting. She was sworn in as an Associate Justice back in 1993, appointed by Bill Clinton. She was the second woman to serve on the Supreme Court. She is the first Jewish woman to serve on the Supreme Court. A New York native born in Brooklyn, New York, she received her undergraduate degree from Cornell, She received her law degree from Harvard University and Columbia University. She was the first female member of the Harvard Bar Review and she graduated at the top of her class from Columbia. She was sworn in as a judge on the U.S. Circuit of Appeals from the District of Columbia Circuit in 1980 after being nominated by President Jimmy Carter, she served until 1993 and was nominated for the post by President Bill Clinton. Justice Ginsburg served more than two decades on the Supreme Court and was one of only four women appointed. During her tenure, she was a fierce advocate for women’s rights, 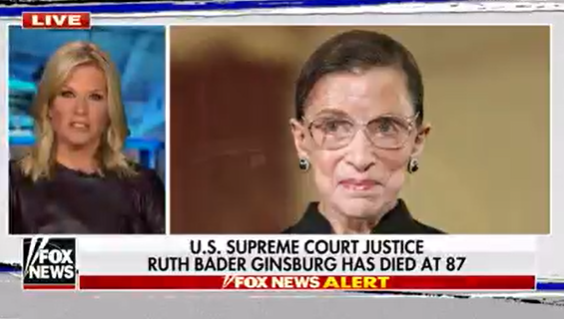 “She was truly an icon, someone with vision, who spent an entire career advancing what she believed were the rights of women …,” said Crawford. “Once she joined the bench in 1993, nominated by President Clinton, she became a sharp and clear voice for women’s rights that she thought had long been ignored by the court’s jurisprudence.”

Crawford added: “Her legacy will be vast. And the impact that she has had on generations of women … think about the notorious R.B.G. We can kind of talk about her even in pop culture. How many justices have T-shirts? And she loved that. Like, she got a huge kick out of that. She thought that was really pretty amusing, you know. And she had her bobbleheads. And there are a lot of women who really saw her as a role model and a mentor. And their careers now will take up the torch that she has carried.”

#BREAKING: Ruth Bader Ginsburg, the longest serving woman on the U.S. Supreme Court and a strong liberal voice on issues dividing the nation, has died, the Supreme Court said on Friday.
She was 87. pic.twitter.com/ohTz3I1xTd

ABC News broke into Wheel of Fortune (on the East Coast) at 7:50 p.m. ET with an ABC News Special Report anchored by Nightline anchor Byron Pitts.

The intro from Pitts:

We’re coming on the air with some very sad news. Supreme Court Justice Ruth Bader Ginsburg just died at the age of 87. With her passing comes enormous consequences for the court and the American way of life. In the past Ginsburg underwent surgery and radiation treatment but rarely missed a day of work. She recently revealed the cancer returned and she had begun chemotherapy treatment in May. The second woman in history to sit on the Supreme Court, she dedicated much of her career to fighting for women’s equality. Despite her health in recent years she had become a cultural icon, inspiring young generations with her toughness and tenacity while earning the nickname the Notorious R.B.G. Her vacancy will send shock waves as another election heats up. This leaves the third seat for President Trump to fill with Ginsburg having represented the liberal wing, Trump’s pick to replace her is expected to cement the conservative majority. 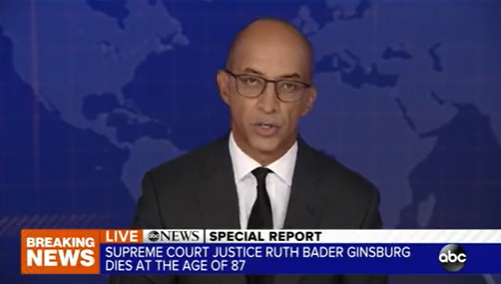 Good evening, everyone. We are coming on the air with breaking news. Supreme Court Justice Ruth Bader Ginsburg has died. She was 87, the court’s oldest justice and served more than a quarter century. Appointed by Bill Clinton in 1993, just the second woman after Sandra Day O’Connor to serve on the nation’s highest court. Ginsburg became a tireless advocate for women’s rights and a reliable anchor to the court’s liberal wing. After multiple health problems, will trigger a struggle over the replacement with the makeup of the court in the balance all during an election year. 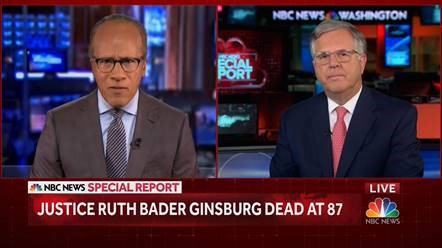 He also voiced the prerecorded obit: 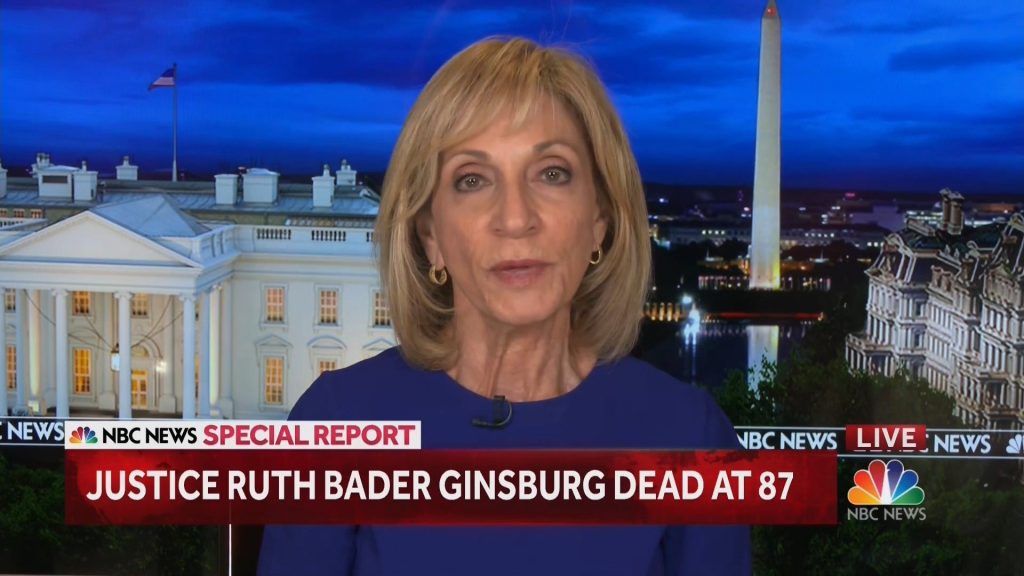 Biden: “In the coming days, we should focus on the loss of [RBG] & her enduring legacy. But there is no doubt – let me be clear – that the voters should pick the POTUS & the POTUS should pick the Justice for the Senate to consider. This was the position the GOP Senate took in 16” pic.twitter.com/QwxsmrmolA

President Trump on being told of Justice Ginsburg’s death: