With the novel coronavirus spreading day by day, many TV newsers find themselves broadcasting and producing remotely for the foreseeable future. For many, this means doing so from home.

Last week, we asked you to share your top working from home tips as part of our new #AskNewsers feature, and several of you did just that. Here are your responses.

CBS newsers are all over the map (literally) due to the CBS Broadcast Center being temporarily shut down, and several of them updated us on how they’re doing, while providing tips and best practices on broadcasting from home.

CBS News correspondent Errol Barnett told TVNewser that working from home “is mentally challenging and personally tough as none of us really knows what precisely comes next.”

The unofficial @cbsnews Lower Manhattan Bureau is up and running this week – here’s a look at what I have set up. We’re all trying to figure out this new #pandemic world we’re living in and it is not easy. Here are some tips from me on what’s been working and please feel free to share your own. Hope you’re all staying sane! #wfh #socialdistancing #coronavirus #homeoffice @wearecbsnews #videoconference #bouncelight #petsofinstagram #troubleshooting #homeproduction

He also shared some photos of his producers and editors who were working from home last week: 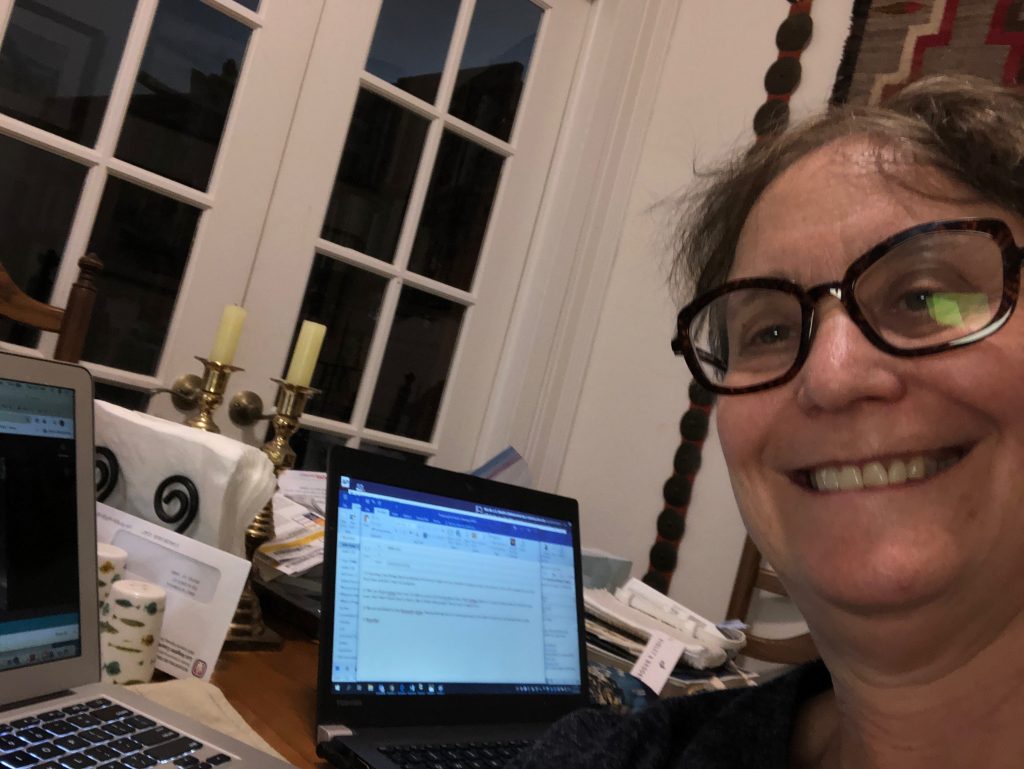 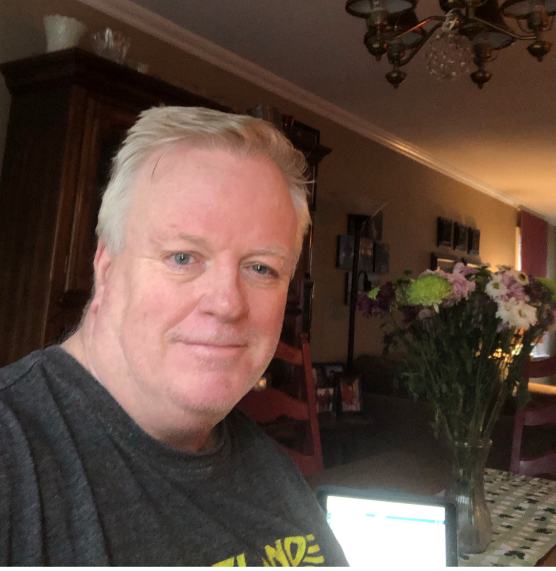 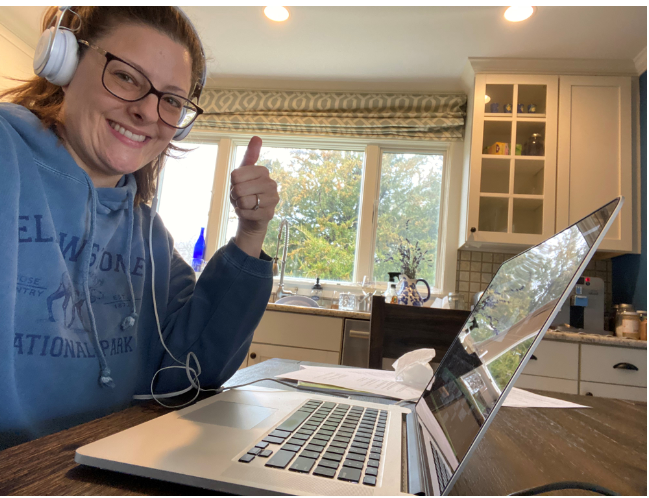 CBS This Morning has been broadcasting from The Ed Sullivan Theater in recent days, but the show’s correspondents have been checking in from various venues.

Vlad Duthiers and his team have been broadcasting the show’s #WhatToWatch segment from his apartment.

Working remotely can have its challenges. All week, @VladDuthiersCBS has been broadcasting our #WhatToWatch segment from his apartment.

Here’s a behind the scenes look at what it takes: pic.twitter.com/xuNNRt3Epe

When asked for his initial reaction to being asked to work from home, Duthiers told us, “I was excited because I believe that when the news cycle is moving this rapidly and people are unsure of what each day will bring, seeing the familiar faces of those who report the news every day can be comforting.”

He added, “And if, on top of that, they get a glimpse of you outside of the studio in your home, I think the connection between the correspondent—whether it’s me from my living room surrounded by the books I read or Meg Oliver at her kitchen table surrounded by her family—grows even stronger with our audience who’s in the very same situation that we are in.”

Duthiers also provided some advice for others broadcasting from home for the first time: “Make sure you tidy up before you turn the camera on. Viewers have a tendency to pick up on every single detail in your home and ask you about them. I had a carton of milk on the kitchen table for the crew’s coffee and a loyal CTM viewer tweeted at me that I should remember to put it back in the refrigerator!”

CBS This Morning national correspondent David Begnaud also checked in with us from home and told us about his at-home production process:

The selfie stick I ordered six months ago has turned out to be the most useful tool in my house for doing work. I use the natural sunlight as well instead of the light, sometimes. Skype has been my most resourceful tool. It enables me to record interviews and then post. 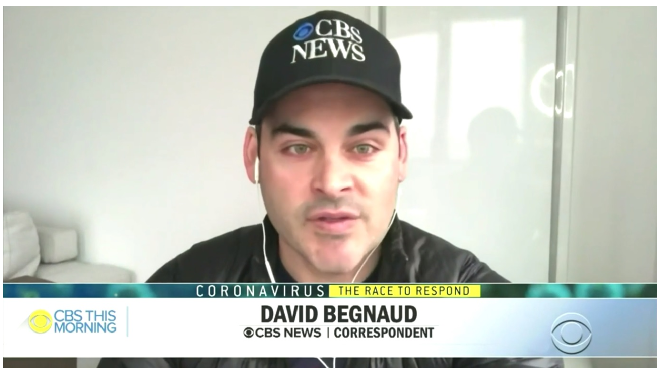 I have also started doing group chats with people via Instagram. I have brought in people from around the world. People from South Korea, Mexico, Germany, Canada and more to talk about their new normal. It has become a giant group therapy session. I get as much from it as other people do.

The folks at Inside Edition, a CBS property, told us how they’ve been producing the show in light of the center being shut down.

This is how we roll at InsideEdition.com:

A number of CNBC anchors, hosts and correspondents have been broadcasting from home, including Squawk Box co-anchor Becky Quick. Here’s what she told us about her new routine:

The weirdest part about my new morning routine is the silence. I come downstairs around 4:30 a.m. and start up the computer, turn on the lights, fire up the iPad camera and try to get everything looking as best as possible. I put on my makeup and do my hair as best as possible. I get my hot water and coffee ready, and read up. Normally there’s a whole crew around doing all of that, not to mention my co-anchors and the early guests on set. But now it’s just me, hoping that the technical stuff all works properly. Once the show actually gets going everything seems fine. But that silence in the early morning is unnerving.

The other thing is just having to rely on myself to troubleshoot. When we lose the connection, I have to hop up out of the chair and reboot the iPad, then call the control room and ask them to try to take over the camera remotely again. One day last week the battery died on the key light. I panicked, then went into MacGyver mode. I dragged a tall lamp from another room and leaned it over a folding chair so it was pointing at my face. But that was way too harsh, so I got wax paper and duct taped it over the lamp to soften the light. It actually worked pretty well! 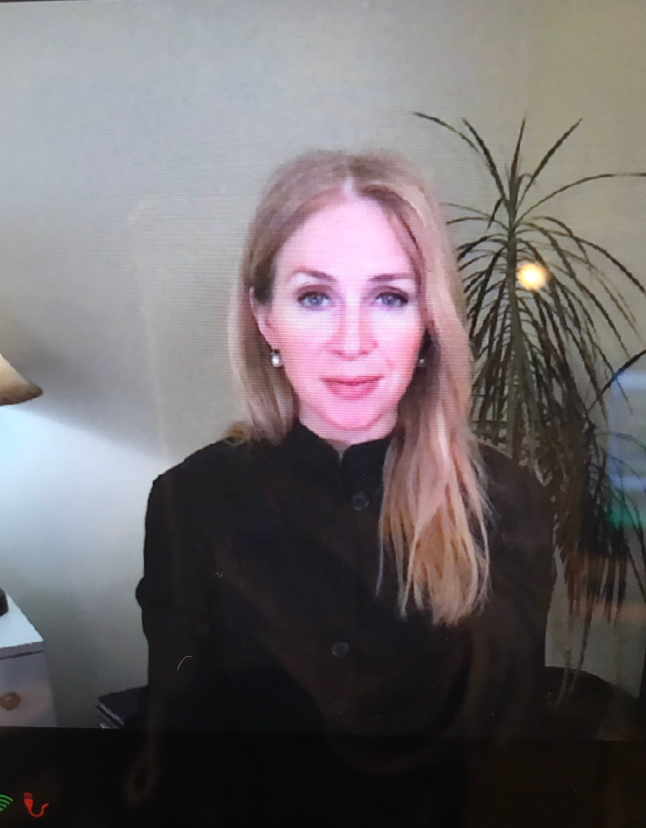 And, a behind-the-scenes look at her makeshift home studio. 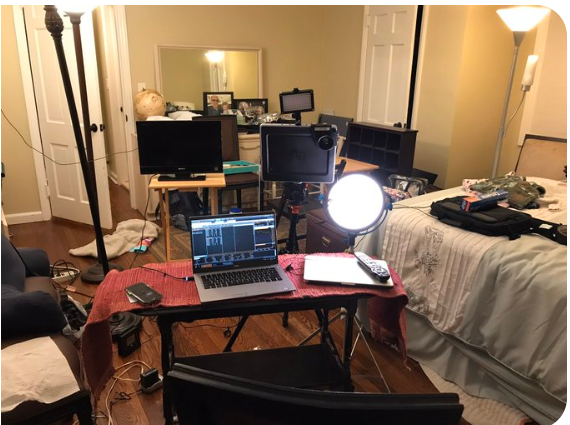 “I’m hiding in a back bedroom in the house because with no school, all four kids are home,” said Quick. “Including my 3-year-old daughter, who would insist on being in my lap if she knew I was home. So I stuff towels [under] the door so she won’t hear my voice.”

ABC News foreign correspondent James Longman recently returned to his home base in London after assignments in Italy. Upon arriving in the U.K. he was asked by authorities to self-quarantine. Here’s his advice:

The main things I need are my iPhone with the LiveU smart app installed, a battery-powered LED light, a light stand, a JOBY GorillaPod, a lapel mic and an adaptor for the mic to my iPhone. For my IFB, I need my iPhone, a regular IFB amp, an earpiece and a mini-jack adaptor to get the IFB amp to my phone.

To set up for my live shots I attach my iPhone with the tripod to the light stand, just below the light. Then I dial in. I also keep a small chair behind my chair, where I store my IFB amp and second phone. Then I’m ready to go live! It’s actually super easy and quite fun to be in charge of how it all works.

There are also a few more items that would have been nice to incorporate to enhance the setup. Some foam padding to put behind my phone, to avoid echo, would be great. Another light to put behind me on the wall or on a bookcase would make the shot look a little better.

Univision anchor Jorge Ramos has been self-quarantining, but that hasn’t stopped him from co-hosting the network’s evening newscast from home. Ramos told us that while his preparation process is basically the same as it would be in a studio, he does feel as though he’s more relaxed overall. Plus, he had a furry friend appear on camera a few times.

“Digital technology allows us to broadcast from anywhere in the world,” Ramos told TVNewser on Friday. “So I did broadcast from home for a week. I did a daily one-hour special on the threat of coronavirus for the Latino community. But I prepared for my interviews and did my homework exactly the same way as I’ve done for a newscast in a studio for more than three decades.”

Ramos added: “I think I was a little more relaxed, with my dog Fluffy appearing on camera a few times. I simply cannot miss this story. This is the most important news story of our generation.”

Regarding his decision to pull out from the March 15 Democratic primary debate, Ramos told us: “I was never in direct contact with someone who had the virus. But a good friend did. So, in abundance of caution, I self-quarantined for two weeks. It was one of the most difficult decisions of my career, since it meant not participating in the last presidential debate. But it was the right decision. Too much was at stake.”

“Breaking news changes everything and the need to work apart from one another is a definite change in TV news,” said Faulkner. “For a quarter century, I have been on news teams. From Greenville, S.C., to Minneapolis/St Paul to network TV, I’ve been in satellite trucks, news studios and crowded, passion-driven newsrooms. None of that can happen now as we fight a virus beast by social distancing ourselves from each other.”

Faulkner added: “I’m so blessed to have an employer, Fox News, that’s rolling in fresh ideas and coordinated information to keep us safe on the job. Best part of my private remote location: hugs, kisses and snacks!” 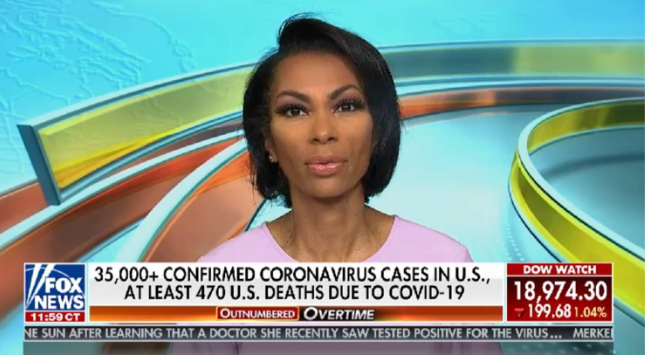 As we noted in a post on Wednesday, we’re turning #AskNewsers into a regular feature, soliciting advice about a different topic each time. Look for our next question later this week.