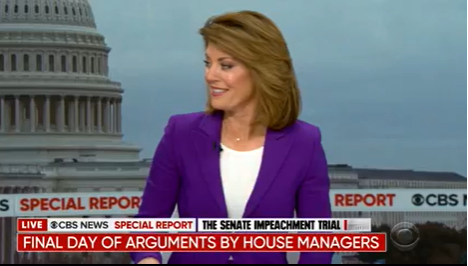 As the Senate impeachment trial moves into the weekend, network schedules have been thrown into flux and TV newsers are working overtime.

The broadcast news networks will break into to regularly scheduled programming with Special Reports, beginning at 10 a.m. ET., with trial coverage continuing into the afternoon.

Below, is what the networks have planned for Saturday. Everything is fluid and we’ll update this item once we receive more information.