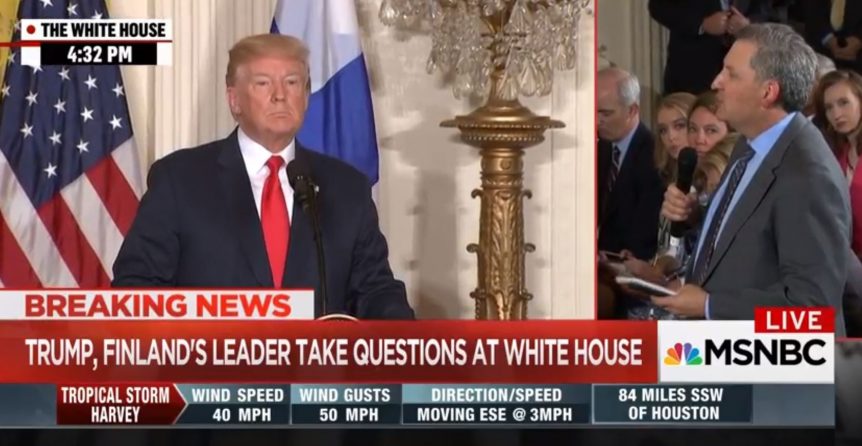 Before he heads to Tesas tomorrow, Pres. Trump had meetings today with Finnish President Sauli Niinistö. The two took part in an East Room news conference this afternoon. For his first question, Trump called on Todd Gillman, Washington Bureau chief at the Dallas Morning News, which allowed the president to talk about the federal response to Hurricane Harvey.

“We think you’re going to have what you need and it’s going to go fast,” said Trump. “Texas is a unique place. It’s a great, great state, great people. And I think you’ll be up and running very quickly.”

Gillman followed up about Trump’s threat to shut down the government over the funding of the border wall. “I think it has nothing to do with it, really,” Trump said. “I think this is separate.”

The second U.S. question went to Fox News’ John Roberts who asked about his pardon of former Arizona Sheriff Joe Arpaio in the midst of Hurricane Harvey striking the coast of Texas. Trump was prepared. “I actually did this just before the meeting,” said Trump pulling out a sheet of paper, “because I assumed somebody would ask me the question. I didn’t know it would be you, as you can attest.”

He then read off a list of names of other pardons and commutations, including Bill Clinton‘s pardon of Mark Rich and Barack Obama‘a commutation of Chelsea Manning.

“I stand by my pardon of Sheriff Joe,” said Trump. 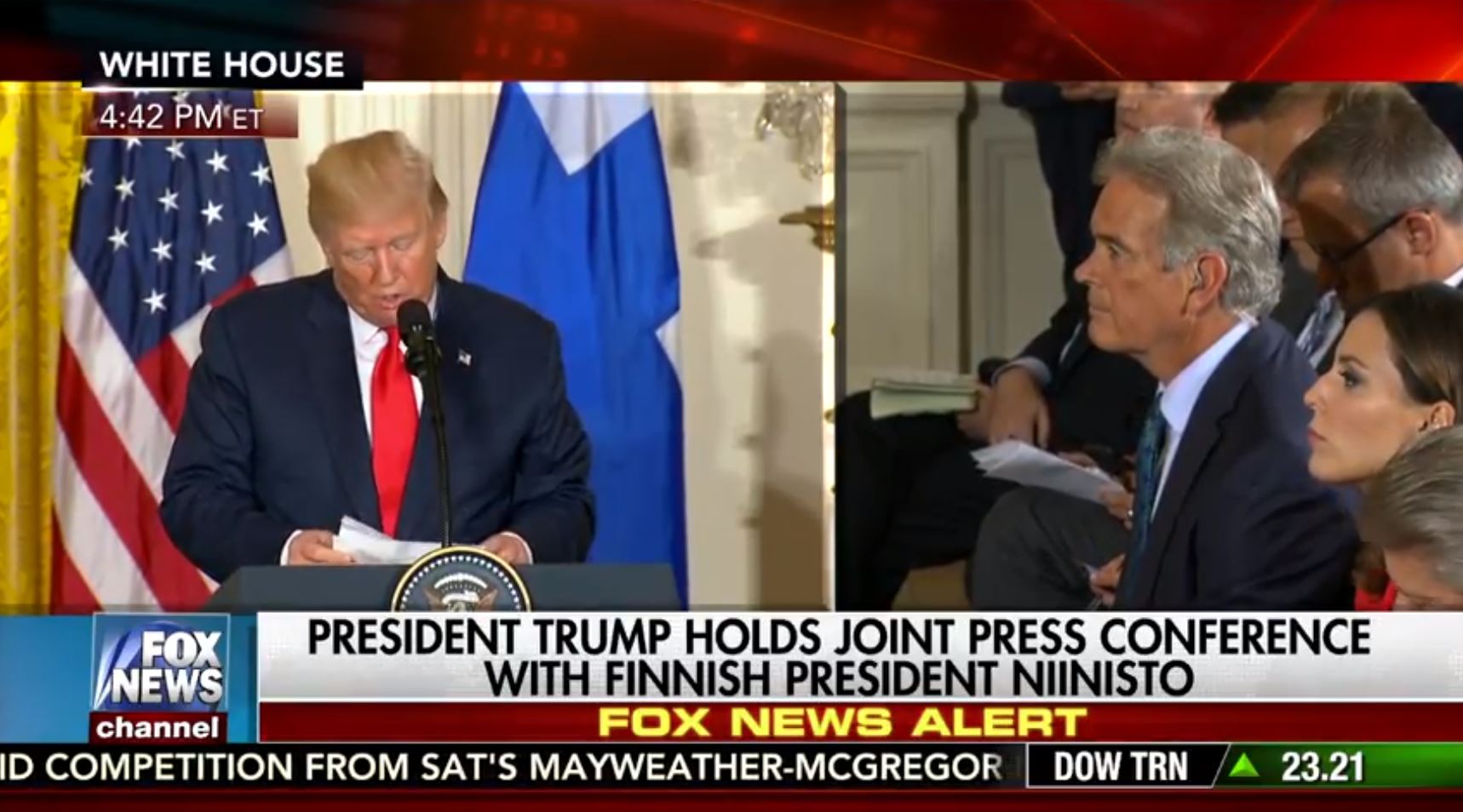 Typically, these news conferences include two journalists from each country. But this afternoon, three journalists from each were called on. The third U.S. reporter was Trey Yingst from One America News, who asked about what cutting FEMA’s budget might mean to the recovery efforts in Texas. In his answer, Trump gave a shout-out to the nascent right-leaning TV news network: “Right now we have the money necessary for Texas and Louisiana if we need, but the real number, which will be many billions of dollars, will go through congress. I think it will happen very quickly. And I want to congratulate you on the network of the. It’s a great network.”