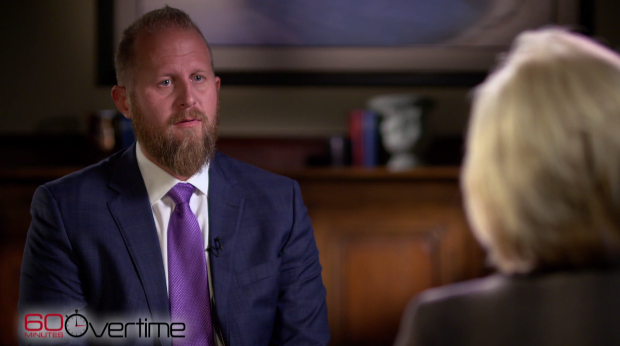 Lesley Stahl sat down with the digital director of Donald Trump’s presidential campaign Brad Parscale for an interview which aired yesterday on 60 Minutes. Stahl describes Parscale as a “marketing, branding, web specialist who worked behind the scenes as a key member of the Trump campaign team.” Stahl also refers to him as “the secret sauce…the Wizard of Oz behind the curtain.”

Parscale was originally brought in to serve as the director of the campaign’s digital team, despite never having worked on a political campaign before. He eventually also ended up overseeing campaign digital and TV advertising, online fundraising and the collection of data.

Parscale told Stahl that he knew something apparently many in the mainstream media did not: That Trump was going to win, and that he knew he would win six days before Election Day. He says he took that message to not only to the campaign’s leadership, to Trump himself and to TV news outlets.

“I knew he was going to win the Wednesday before, but you turn on CNN, you read Real Clear Politics and you think ‘he’s going to get creamed’,” Parscale said. “But I showed multiple news stations by exactly how many points we were going to win. I went to NBC, I went to CBS, and I got made fun of…they thought I was a joke. I could tell by the attitude in the room…they had no idea who I was.”

“So some of the people [CBS Newsers] in the room told us afterwards that they did not take him as a joke, they took it very seriously,” said Stahl. “But they did cross-examine him and challenged him, and they were skeptical, but they say they did not treat him as a joke.”