NEXT:BBC Arabic Correspondent Maryam Toumi Is Safe After Getting Caught in Horrific Beirut Explosion
PREVIOUS:Tuesday, Aug. 4 Scoreboard: Tucker Carlson Ranks No. 1 on Cable News in the Demo, Hannity Is No. 1 in Total Viewers 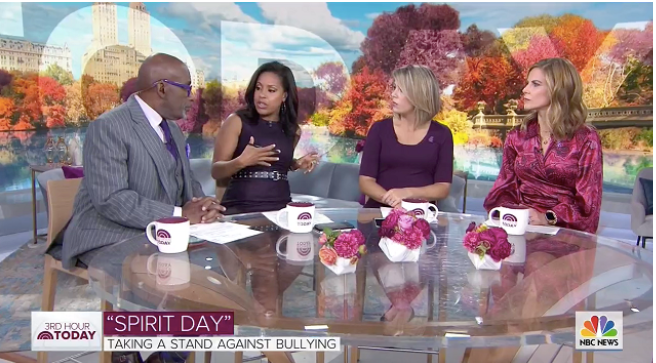 Today show producer Jackie Levin is departing NBC News after a 26-year run at the network.

According to Page Six, which yesterday broke the news of Levin’s imminent exit, the veteran producer is taking a buyout, NBC News chief Noah Oppenheim told staff on Tuesday.

Oppenheim wrote in the memo obtained by Page Six: “From conceiving and creating Rokerthon, to the countless series she helmed, to launching not one but two versions of the 9 a.m. hour in less than three years, Jackie has poured her heart and soul into every piece of programming she touches. … We will miss her tenacity, perseverance and imagination.”

Levin sent a note to her Today show staff. Below, a portion of it:

“I am so proud of all we have accomplished as a team on “The 3rd Hour of Today.” I leave with the hour in the strongest position possible, beating all its competitors, but more importantly creating and producing meaningful, relevant, timely and topical content that matters so much to our viewers. The credit goes to all of you, from the 4 anchors of the 3rd Hour to the entire production and editorial teams. Al, Craig, Sheinelle and Dylan – you all have become like family to me, and you came together seamlessly, forming one of the best partnerships on television today, making my job that much easier. To the amazing producers who have overcome unimaginable odds since beginning this journey together 3 years ago – your strength, smarts, savvy and sense of humor have been invaluable.”

Levin joined the Today show in 2006 after spending 12 years at Dateline NBC. She worked on all four hours of Today during that span. In  June 2017, Levin was named Megyn Kelly‘s executive producer on the 9 a.m. hour during the former Fox Newser’s brief run at the network. After Kelly was taken off the air in the fall of 2018 in light of the infamous “blackface” remarks, Levin was kept on the program, and renovated the hour to focus on new co-hosts Al Roker, Sheinelle Jones, Craig Melvin and Dylan Dreyer.

Levin was previously senior producer in charge of series, special projects and books for the Today show. That role included producing the beloved Rokerthons, the next one of which takes place tomorrow (hint: It involves world famous chefs and sandwich making). For these Rockerthons, NBC News’ weather anchor endeavors to set new Guinness world records. In one, Roker set the record for longest continuous weather cast (2014) and in another, he set the record for forecasting the weather in each of the 50 states in just one week (2015). In 2016, Roker did his first Blizzard Rokerthon.

Levin joined NBC News in 1994 after working six years at ABC News, first on Prime Time Live with Diane Sawyer and Sam Donaldson, and later as a producer on GMA.