NEXT:Here's How Many Watched Coverage of Attorney General Barr's Presser and the Release of the Mueller Report
PREVIOUS:Scoreboard: Friday, April 19 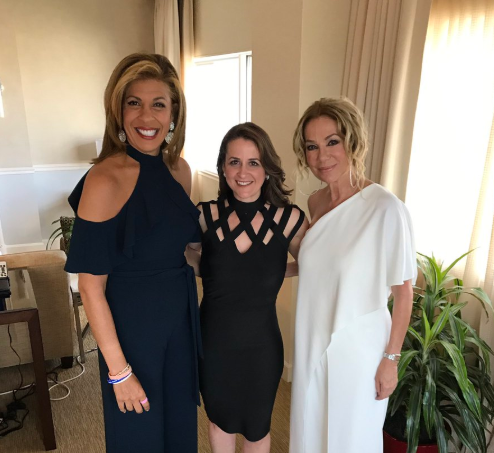 Changes have come to Today’s fourth hour. Earlier this month, Kathie Lee Gifford left the program after a decade as co-host. Now, it’s executive producer Tammy Filler who is leaving.

After 16 years as an NBC Newser and producer on Today, Filler is departing the program and the network (but not the company) for a new role at sister network E!, serving as executive VP and editor in chief, E! News.

In her new role, Filler will report to E! president Adam Stotsky.

Filler was named ep of the fourth hour in July 2017. Prior to her 16-year stint at Today, Filler began her career as a booking assistant and segment producer at Good Morning America.

She will join John Najarian, who’s evp and publisher, E! news and digital, as he oversees E! news business and product expansion efforts, and operations.

“Entertainment news is at the core of the E! brand and our unparalleled, multi-platform coverage sets us apart from other networks,” Stotsky said in a statement. “Tammy and John are the right leadership team as we expand our footprint and double down on our news programming. E! News is the leading entertainment news source for millennial women, and we are excited to offer more hours dedicated to breaking news, trending stories, and edgy, comedic commentary.”

This move comes as E! plans on adding three more hours of entertainment news coverage to its linear schedule in 2020.

The network already has its flagship E! News telecast, which airs at 7 p.m. weeknights, and is co-hosted by Giuliana Rancic and Jason Kennedy. E! added an afternoon telecast, Daily Pop, in 2017, and a late-night iteration, Nightly Pop, last year, to go with the three more hours of celebrity news that are reportedly on tap.