NEXT:Wednesday, Nov. 10 Scoreboard: Fox News Has Top 12 Cable News Shows Among Adults 25-54
PREVIOUS:Thursday, Nov. 11 Scoreboard: The Five Leads Fox News to No. 1 Across the Board 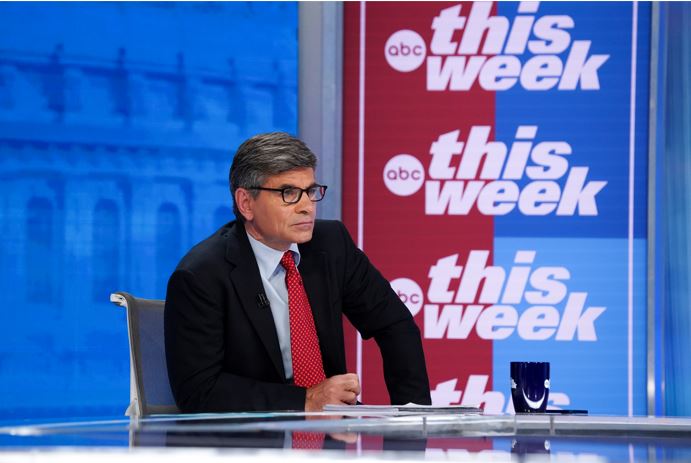 In 1981, ABC News chief Roone Arledge poached top evening news anchor David Brinkley from NBC to lead a rebranded Sunday show that he hoped would give the more established competition on CBS (Face the Nation) and NBC (Meet the Press) a serious run for their money. Brinkley, who had reportedly become disgruntled with NBC News leadership prior to his exit, was given full responsibility for ABC’s This Week, which premiered on Nov. 15, 1981—40 years ago—in the 10:30 a.m. ET time slot. It became the first of its kind to be an hour rather than 30 minutes in length.

Arledge’s move paid off, as an argument can be made that This Week with David Brinkley reinvigorated the Sunday show genre. The program consistently beat Face the Nation and Meet the Press during Brinkley’s 15 years at the helm. 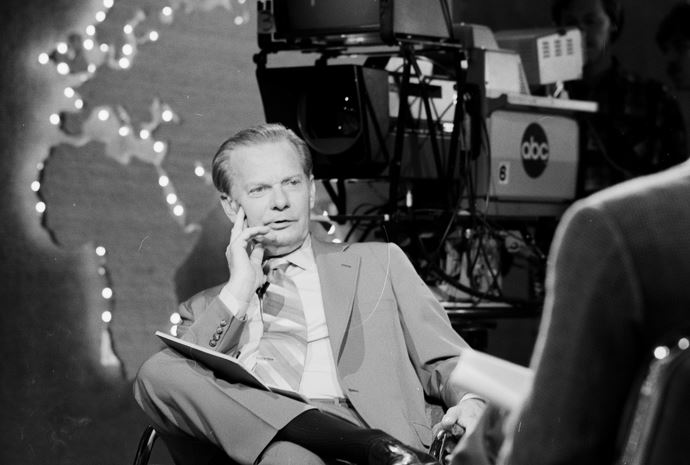 This Week has undergone a number of changes since Brinkley retired as anchor in 1996. ABC News correspondents Sam Donaldson and Cokie Roberts co-anchored the show for a time, before handing the reins to Clinton White House comms director-turned ABC News contributor George Stephanopoulos in 2002, for what would be the first of two stints as This Week moderator. There was also Jake Tapper‘s stint as temporary This Week moderator after Stephanopoulos moved to GMA, the Christiane Amanpour experiment in 2010-2011 and then Stephanopoulos’ return in January 2012.

Stephanopoulos remains anchor of ABC’s Sunday show as it approaches its 40th anniversary, and after years playing second (or third) fiddle to CBS and NBC, This Week has returned to being the No. 1 Sunday show among adults 25-54, season-to-date, for the first time since the 2015-2016 season.

We spoke with This Week with George Stephanopoulos’ executive producer Dax Tejera ahead of the anniversary to discuss the evolution of the show, its recent ratings success, and why the Sunday show format is still relevant, as well as the potential for expanding the This Week brand: 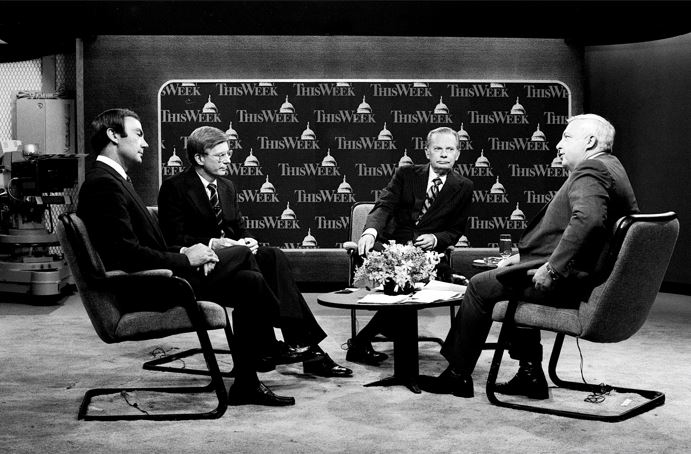 This interview took place last week, and has been edited and condensed for clarity.

TVNewser: You obviously haven’t been with This Week for its entire run, but as someone well versed in the ins and outs of the program, what’s the biggest way This Week has changed in recent years?

Tejera: I took over the show a week before everybody went home for Covid [March 2020], and suddenly the election was the second or third block of the show because it was all Covid all the time, and we all had to adjust. It was an incredibly difficult and challenging time.

In the broader scope of the show and where we are now, I think the focus of the show is that we’re telling the stories that are affecting Americans. We put a focus on real issues that matter to people, and the show has landed in a place where our view of Washington is from outside of Washington. We put an emphasis on storytelling. [This Week co-anchor] Martha [Raddatz] is literally out on the road right now. She left yesterday first thing in the morning and is driving all the way from Washington down through the southeast, where we wanted to do some storytelling.

It’s a region that we haven’t visited in a while. She’s talking to voters about what happened last night in Virginia. She’s going to talk about the social spending bill. She’s going to talk about where they feel the country is headed. She has done that for years, obviously, but I think that is a distinguishing element of the show, and frankly, it’s not just her shows where we’ve been doing that as of late. I think the shows are becoming more harmonious. They’re more consistent and, obviously, we have a multi-acre format and I see it as one of the strengths of the show.

That’s obviously an evolution from the days of [former This Week anchor David] Brinkley and everything in between, and part of the success that we’re enjoying right now. My overarching opinion about where we’re at is that we’re leaning into the fact that we have the strength of three world class anchors [Stephanopoulos, Raddatz, Jonathan Karl]. My perfect show is a show where I have George, Jon and Martha. The other shows don’t have that, and I think it’s served us well as of late. 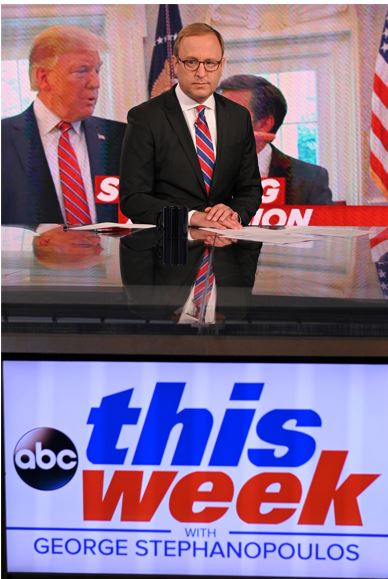 Granted the season is still young, but for the first time since 2015-2016, This Week is No. 1, season-to-date, in the adults 25-54 demographic—the group news advertisers still target. What’s working right now?

We ended last season on a roll, and we’ve tried to keep it up. What’s working, I think, is that the news cycle since Joe Biden was elected has allowed us to do more storytelling. Everything was so frenetic in the Trump years. The rundown was constantly being ripped up and re-done. With President Biden, it has shifted and we’re at a different pace. What that has allowed us to do is to look at some of the issues that were litigated in the election and go out and explore that. That type of storytelling performs well for us.

When we talk to the voter, when we explore issues, when we go into the field, we go out into the country and right now we have the space to do that. I talked about harmonizing the show—you’ll see with George’s shows, Martha reporting and Jon Karl kind of making sense of what’s going on in Hill. In the way you talk about the evolution of the show, Jon Karl will channel [former This Week with David Brinkley principal correspondent] Jack Smith from ages ago at the top of the show, laying things out.

The show the other day, where we had a big chunk of George’s Christopher Steele interview, wasn’t being done before, but the moment has allowed us to bring them all together and make This Week something that is maybe more consistent for the viewer, and I think that consistency has created a comfort with the audience. We don’t take it for granted, and we learn a little bit after every week and what we would do differently. But the fact of the matter is that this moment has lent itself to telling a story.

However, I think we’re about to shift. I’ve got more ideas ahead for the storytelling of the midterms. But, what I like is that the audience has responded positively to us going out and putting these feature stories together, whereas perhaps a different iteration of the live interview back-to-back to back-to-back. Now, what we’ve been able to [do with] storytelling, leading into tape–I think there’s a space for that, and there’s a connection that the audience is validating. 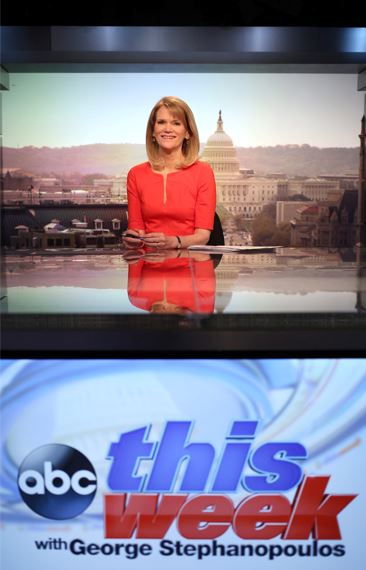 There’s been a lot of criticism of the Sunday show format as of late and whether it’s, frankly, still relevant in this age of minute-by-minute news updates and extreme polarization. Can the Sunday show still be successful at informing and educating the audience about public affairs in general?

The short answer to your question is: “Yes.” I have thought a lot about this, as somebody who has worked in cable. My wife works in daily cable, and I watch a lot of a daily cable and I respect it. But I thought during the Trump years when I took over the show—and I still see it to this day—that there is a need for a space that takes a step back to tie the individual elements together and to put them in context and to take a beat, particularly on the calm of Sunday morning to figure out where we’re at and where we’re headed.

When I think of This Week, I don’t think of it as “this past week,” I think of it more as “this week ahead.” Yes, I think there is a place for Twitter and there’s a place for cable news dissecting things in the moment to moment. The pace of news and information that accelerated under the Trump years remains extremely dynamic, but I think that the Sunday format is as relevant as ever because people are so easily distracted. You also have ABC World News Tonight, which is enjoying great ratings success. You invest 30 minutes and you get a sharp summation of the day’s news. Now, we’re a bit different but, ultimately, it’s the ability to bring all of it together and make sense of it. 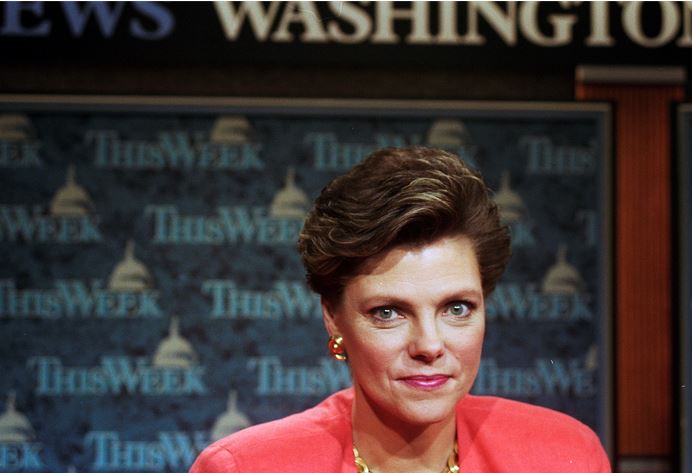 One of the hallmarks of the show is the roundtable and I think it’s one of the smartest discussions on television. On average, it runs for around 18 minutes and it’s a significant portion of the show, but the ground that we cover and trying to clear through the muck and make sense of it with voices like Chris [Christie] and Donna [Brazile], I think is valuable. Our audience seems to be validating it, our team feels an enormous amount of responsibility and I think that the issues that are out there right now are worthy of the format. We’re going to keep at it.

One of your Sunday competitors has been very aggressive in terms of expanding their show across multiple platforms, including streaming. We haven’t seen that when it comes to This Week. Are there plans to do so? Is that a priority for ABC News?

What I can say right now is that we’re mindful of it and we’re looking at it.

Lastly, how has This Week evolved since new ABC News president Kim Godwin arrived? How has she put her imprint on it?

Kim made clear that she wanted—and frankly expected—This Week to win. She offered to support the show in any way possible. We met one on one early in her tenure, and I shared our strategy and our goals. In turn, I think she has fostered an environment where the team and I could do our very best work. She made very clear that she was vested in our success, and I think it’s fair to say that her guidance and support and encouragement has played a part in our success. On a larger level, she has spoken about the importance of culture. She has really been driving home this “One ABC News” message and that work is not done.

I do think you’re seeing changes for the better in the news division and I think that commitment from her on culture, on “One ABC News,” on collaboration within the news division, I do think that from the D.C. perspective, it has fostered creativity that has ultimately allowed us to do better work. She’s highly engaged with us, and she is bringing us together and encouraging us to collaborate with others in the news division that perhaps weren’t collaborating with the same way before. That focus and that attention to the Sunday show and the way that we can leverage the “One ABC News” mantra has already begun.