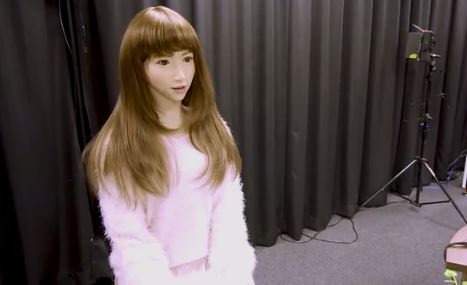 The rise of the machines is upon us, and one of their targets is TV news.

The WSJ reports that a robot named Erica is poised to become a TV newscaster for a Japanese network in April.

Hiroshi Ishiguro, director of the Intelligent Robotics Laboratory at Osaka University, and the creator of the humanoid says he’s been trying to get Erica on air since 2014.

“We’re going to replace one of the newscasters with the android,” Ishiguro said, adding that she will be enabled with artificial intelligence to read the news, even though it will take real humans to chose the stories she reads, and write them. Breaking news is another challenge developers will have to work through.

It’s not known what network Erica will appear or during what time period. Erica will also lend her voice for in-car interactions for self-driving vehicles.