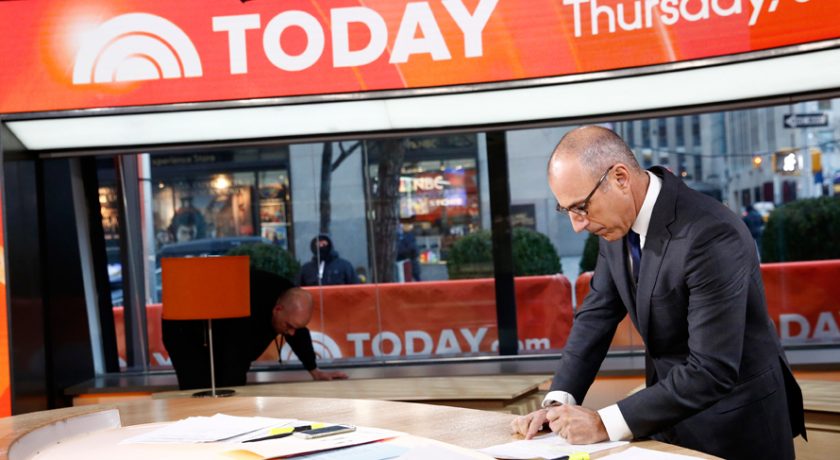 Press Forward, a group that launched in the wake of newsroom sexual harassment cases, says NBC’s internal investigation of Matt Lauer is not enough.

While NBC’s general counsel Kim Harris oversaw the probe, the network consulted with two outside law firms to assist in the investigation. “Both firms have concluded that the investigation team took appropriate investigative steps and that the factual findings and related conclusions in this report appear to have been carefully and thoughtfully drawn from the evidence available,” Harris wrote in her report.

Many of Press Forward’s 12 co-founders have worked in TV news, and have reported cases of workplace harassment, including against Lauer.

The initiative’s board of advisers includes several prominent TV newsers, including NBC News correspondent Stephanie Gosk who has been reporting many stories of sexual harassment.

“To truly assess culture and get honest responses from employees, we recommend hiring an independent third party, as is common practice,” Press Forward said. “No one is going to be fully candid when speaking to management for fear of losing their jobs. News organizations, journalists and media all hold corporations, governments, and individuals to higher standards in similar instances, so it’s concerning that NBC would not choose to follow those same standards itself.”