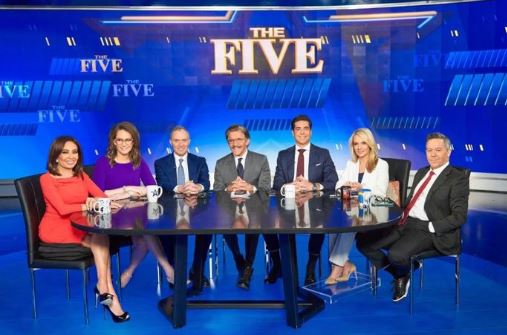 Fox News, once again, dominated the cable news rankings in 2022. This time, however, it was The Five, not Tucker Carlson Tonight, which averaged the largest total audience on cable news with 3.42 million viewers at 5 p.m. The Five’s first place finish in 2022 marks the first time a non-primetime program was the most-watched show for a calendar year in cable news history.

Tucker Carlson Tonight ranked No. 2 in total viewers in 2022 (3.3 million), ahead of third-place Jesse Watters Primetime (2.86 million), the network’s newest offering. Hannity, meanwhile, dropped to No. 4 in total viewers, averaging 2.81 million in 2022. Hannity had been the the most-watched show on cable news from 2017-2020.

Overall, Fox News is home to nine of the 10 most-watched cable news shows of 2022, with MSNBC’s 9 p.m. hour falling to No. 10 after a fourth place finish in 2021. Rachel Maddow‘s move from daily to weekly put a substantial dent in the network’s primetime ratings. However, MSNBC was still able to beat rival CNN in the hour. The latter has still not named a permanent 9 p.m. host.

Tucker Carlson Tonight remains the most popular show on cable news among adults 25-54 for the second consecutive year, averaging 517,000 viewers from the key measurement in 2022.