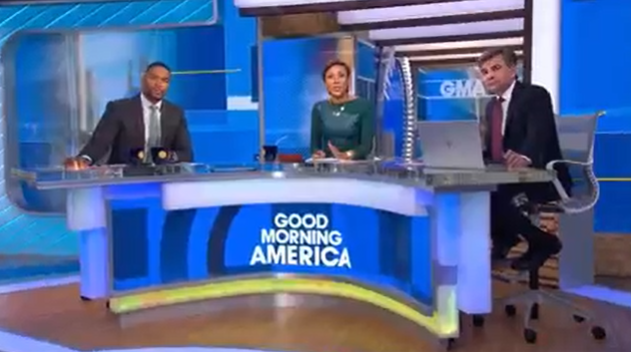 On paper, the summer of 2021 is going to be quieter and less chaotic than the summer of 2020. There’s no presidential election campaign to cover, and the coronavirus pandemic appears to be subsiding.

That said, there are still several major questions that the industry needs to answer in the coming months. Here are the biggest ones:

Who is going to be the next permanent host of Fox News Channel’s 7 p.m. hour?

Back in January, Fox News took anchor Martha MacCallum out of the weekday 7 p.m. hour, moved her to 3 p.m., and transformed the timeslot into an opinion program called Fox News Primetime.

The network announced that it would feature a series of rotating hosts until naming a permanent host at a later date.

Longtime Fox & Friends co-host Brian Kilmeade was the launch week host, and since that first week, the network has given most of its conservative on-air talent at least one week leading the opinion hour—from network mainstays like Kilmeade and Maria Bartiromo, to younger and newer Fox News talent like Lawrence Jones and Ben Domenech.

We’ve hit five months since the switch from news to opinion at 7 p.m. was made, and the network still has not chosen a new permanent host for the pivotal hour. Trey Gowdy earned some of the largest audiences of any guest-host, but he was recently given a 7 p.m. show on weekends. Rachel Campos-Duffy guest-hosted the program multiple weeks as well, but she was recently named co-host of Fox & Friends Weekend, which should take her out of the running for the 7 p.m. gig.

The aforementioned Kilmeade has garnered some of the strongest ratings in the A25-54 demo of any guest-host. Will the longtime morning newser be given his own evening program, similar to how CNN moved Chris Cuomo from New Day to 9 p.m. back in 2018? Perhaps the network will appoint another woman to lead the 7 p.m. hour. If not Bartiromo (who already hosts shows on FNC and FBN), Fox News contributor Tammy Bruce has posted good ratings whenever she has filled in.

After getting off to a bit of a slow start, Fox News Primetime has been winning 7 p.m. in recent months, both in total viewers and adults 25-54. The switch from news to opinion worked, just as it has at 11 p.m., when the network bumped anchor Shannon Bream to midnight and brought in Greg Gutfeld to host a comedy program. At the end of the day, whichever conservative personality Fox ends up handing the hour to will probably keep the network at No. 1 anyway.

So the question becomes: Who will it be, what are the powers-that-be taking into account (in addition to Nielsen ratings performance), and when will the final decision be made? Hopefully we learn all of this soon.

Who will be the next executive in charge of Good Morning America?

Former CBS News evp of news Kim Godwin was named president of ABC News in the spring, replacing James Goldston, who departed the company the previous month. One of her first major moves as ABC News president will be to appoint a new executive in charge of its most important franchise, Good Morning America. The most recent senior ep of GMA Michael Corn exited the company right after Godwin was named news division president (we hear Corn did not resign from ABC News, and that his abrupt exit was a tumultuous one. More to come on that).

Will ABC News promote one of its executive producers to senior ep, or will Godwin go outside the company, and bring in someone like former CBS This Morning ep Ryan Kadro or another veteran of the genre to run America’s most-watched morning show?

The senior executive producer opening is still listed on Disney’s careers website, having been posted on May 21.

What will the new CBS regime’s first significant move be?

McMahon and Khemlani don’t have an immediate vacancy to fill like Godwin does. Instead, their first priority is to build a local to global newsgathering and streaming operation that leverages and unifies CBS News at the network level, CBS Stations and digital assets.

It does not appear that they will drastically alter the makeup of the newscasts, in front of or behind the camera, at this point in time. The network announced last month that CBS This Morning will be moving to a new Times Square studio in the fall, but those discussions had been taking place prior to their arrival. So what move will they make first?

When will CNN’s streaming service launch, and what will it look like?

A CNN-branded standalone streaming service has been discussed for a while now, and executives made it official around the time that the Discovery-WarnerMedia merger was announced. Currently in development and referred to internally as CNN+, the service will reportedly launch “within the next year” and feature a mix of live and on-demand programming. Bloomberg recently reported that network stars Anderson Cooper and Don Lemon will host programs on the service. Cooper could potentially host an interview show, which would make sense considering his background as a 60 Minutes correspondent.

CNN+ wouldn’t be limited to programming showcasing the network’s stars. CNN has a massive stable of anchors, correspondents and contributors, both in the U.S. and abroad, and would have no problem filling out a programming schedule. It’s also possible the service could hire lesser-known or outside talent exclusively for the service.

“We don’t think it’s just repurposing [CNN’s linear network] and putting that online, in some IP-directed format,” WarnerMedia streaming chief Andy Forssell, told Barclays conference attendees earlier this month. “Some of that content is going to change. … What is that going to look like, and what does an internet-native CNN look like online?”

Who will replace Juan Williams as the next left-leaning panelist on The Five?

Williams, The Five’s liberal co-host for seven years, left the program at the end of May,

With Covid restrictions loosening and the show returning to in-person production, Williams, who was diagnosed with coronavirus last year, said he would stay in Washington, where his family lives, rather than commute to New York to be in the studio.

“Covid taught me a lot of lessons,” Williams told viewers on his final day. “As the show goes back to the New York studio, I’ll be staying in D.C. I’ll be working for Fox out of Washington. My work as a Fox News political analyst will continue.”

As with the 7 p.m. hour, Fox is using a rotating series of liberal commentators for the time being before settling on a permanent replacement for Williams.

A final decision should be made in the near future.