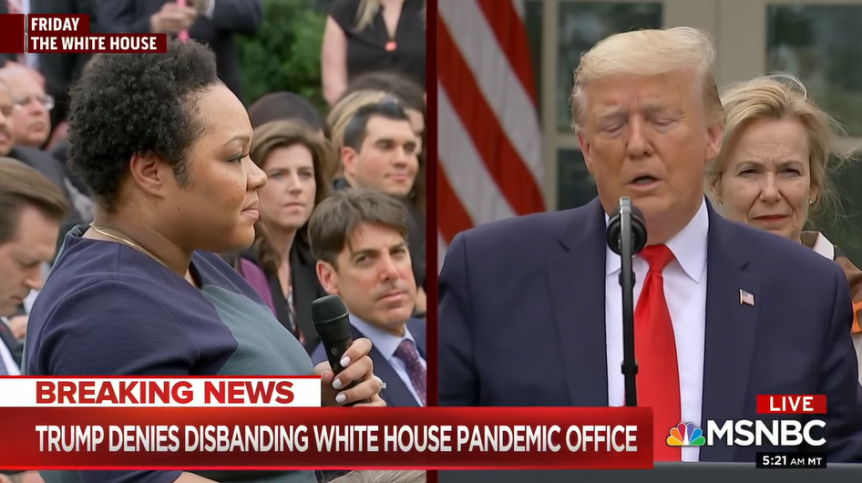 “This year’s winners represent the best of the kind of journalism America needs now more than ever—fact-based reporting that holds those in power accountable without fear or favor,” said Jonathan Karl, WHCA president and ABC News chief White House correspondent.

The awards this year include two new prizes:  The Katharine Graham Award for Courage and Accountability, and the Award for Excellence in Presidential News Coverage by Visual Journalists.

“Yamiche Alcindor is serious, incisive and—though she has a quiet demeanor—tough as nails,” the WHCA judges said in a statement. “Her asylum seekers report was exceptionally well done. She has interesting new takes on national stories. Her work on immigration and race are sensitively handled.

“Alcindor’s qualities reflect integrity, impartial analysis, breadth and depth of knowledge of the presidency and a love of the institution. We look forward to watching her work for decades to come.”

She is also known for asking tough questions of President Trump, and consistently fields verbal attacks by the president as a result.

Established in 1981, the Aldo Beckman, a joint effort of The Tribune Company and the WHCA, carries a cash prize of $1,000.

The Merriman Smith Memorial Award for Excellence in President News Coverage Under Deadline Pressure for Broadcast went to CNN for its “FBI. Open the Door” story, which was about the early-morning arrest of Roger Stone. CNN cameras were there live on the scene when the arrest took place.

CNN’s reporting on the Roger Stone arrest began a month earlier, with a clue about a court scheduling anomaly. Then came unusual grand jury activity. Then an odd, packed suitcase wheeled by one of the prosecutors in special counsel Robert Mueller’s investigation of Stone. It culminated early in the morning of Jan. 25, 2019, when a CNN producer and a photojournalist, staked outside of Stone’s home in Fort Lauderdale, captured the 5 a.m., no-knock raid by the FBI of the former confidant of President Donald Trump.

CNN’s viewers saw the raid unfold in real time, the product of a team of reporters, producers and photojournalists tracking the investigation over months, connecting the dots and scooping the rest of the press corps. They even scooped Stone’s own lawyers, who only found out when CNN called for a comment. In addition to the exclusive video, the team produced a compelling, supportive package that explained the charges against Stone.  On deadline. 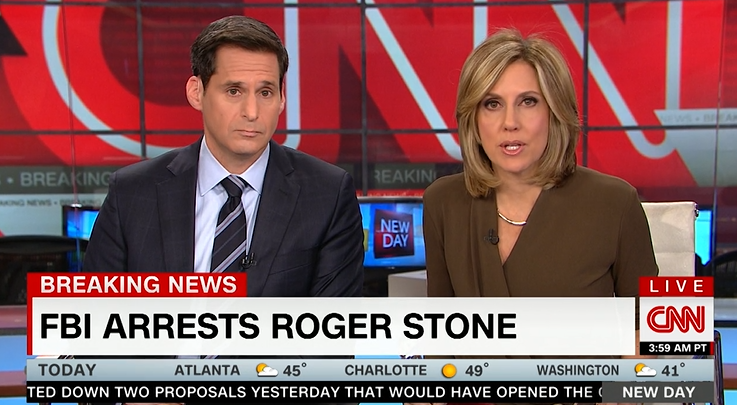 For information about the winners and judges from the other categories, click here.