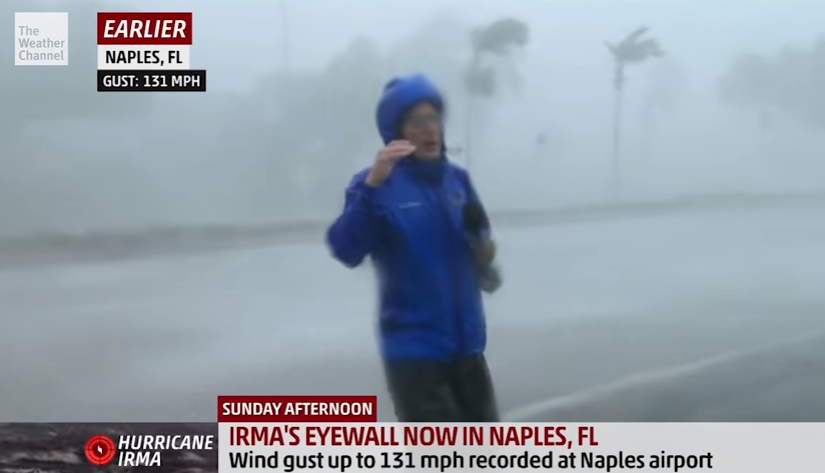 As Hurricane Irma marched toward Florida, The Weather Channel was the go-to network for coverage.

It was the No. 2 network Friday among total viewers, behind Fox News, averaging 2.66 million in prime time and 2.1 million for total day. This was Weather Channel’s 5th most-watched day ever. Friday’s prime time was its biggest since Hurricane Sandy in the fall of 2012.

It’s likely that viewership on Saturday will be even larger, but Nielsen data is delayed, ironically, because of Hurricane Irma. Nielsen’s data processing facility is in Oldsmar, Fla. just outside Tampa.