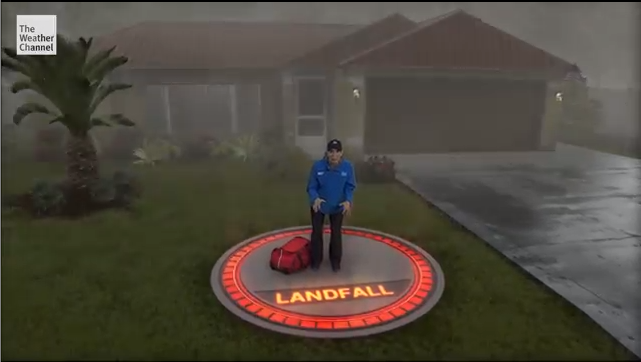 The Weather Channel has been leveraging its Immersive Mixed-Reality technology (IMR) over the past couple years to tell weather stories in a more visually compelling way.

With Hurricane Dorian set to hit the east coast of Florida as early as Sunday night, the network has released a video in partnership with State Farm, integrating the insurance company into the segment about hurricane preparation.

Hosted by Stephanie Abrams, the video—which first aired this morning on TWC—explains to audiences how to best prepare for a hurricane, starting from 48 hours out, up until just as the storm makes landfall. Abrams gives safety and evacuation tips as the weather worsens around her.

Unlike previous IMR segments, this is the first time a brand is actually integrated into the video. Abrams is seen standing next to a red State Farm bag while discussing the import of protecting insurance papers during severe weather events.

Last November, TWC partnered with the SEC Network in a segment featuring IMR to show how inclement weather can impact how a quarterback can throw the football.

There was also an IMR segment where a tornado is shown destroying a TWC HQ, with the Jim Cantore in the middle: 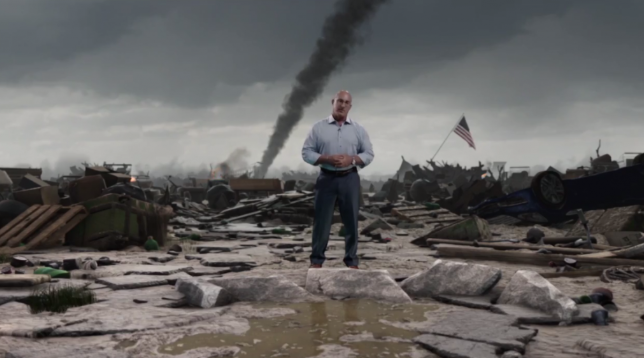 You might remember this viral video from last summer of TWC’s Erika Navarro using IMR to explain the impact of storm surge:

Storm surge will be a huge factor for Hurricane #Florence Check out what it might look like with @TWCErikaNavarro: pic.twitter.com/TPqTZTmiAM

According Adweek’s to Jason Lynch, The Weather Channel plans to use IMR technology in 80% of its programming by next year.