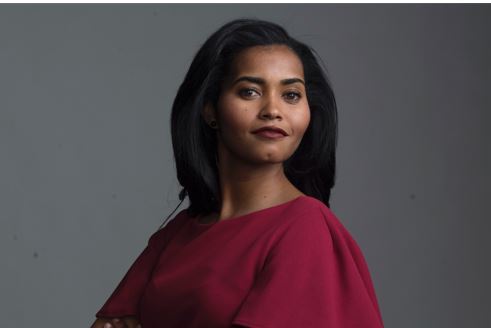 Washington Post on-air reporter Nicole Ellis will join PBS NewsHour as its first-ever digital anchor. In this role, she will serve as the dedicated lead anchor for the newscast’s digital video content, including anchoring pre-and post-shows and hosting breaking news live streams for PBS NewsHour.

No other evening newscast has someone serving in this type of a role.

“We are delighted to have Nicole join the NewsHour as our new and first digital anchor, as our multiplatform growth continues to expand,” says NewsHour ep Sara Just. “We look forward to having her on the NewsHour evening broadcast as well and further our goal of bringing NewsHour quality journalism to people wherever they are seeking insight, clarity and substance about the world we live in now.”

Ellis added, “I often tell people that my beat is context, rather than a single subject because I’ve covered everything from presidential elections to egg freezing and dating with a disability. Being curious about the nuances and complexities that inform our everyday lives is what drew me to journalism and, specifically, PBS NewsHour, for its editorial integrity. I am excited to be a part of NewsHour’s expansion and to join this team of incredibly talented storytellers who share that same curiosity and investment in bringing thoughtful, contextually informed news to audiences everywhere we can reach them.”

Ellis was most recently an on-air reporter and anchor for WaPo covering social issues and breaking news. In this role, she hosted, produced and directed original documentaries and breaking news videos for The Post’s website, YouTube, Amazon Prime, Facebook and Twitch. Her start date will be October 11th.

PBS NewsHour’s digital presence appears to be growing, and that’s why the powers-that-be feel a dedicated digital video anchor is essential. From July 2020 to June 2021, the NewsHour YouTube Channel saw a 40% increase in views for a total of 526 million views, while adding 741,000 new subscribers in 12 months. Over that same time period, NewsHour’s website saw record traffic with 179 million page views, a 9% increase in page views. On Instagram there was a 97% increase in video views to 13.06 million for the year and nearly 2.7 million interactions, an increase of 156%. On Facebook, interactions grew by 19% as NewsHour’s page crossed over the 2 million follower mark.