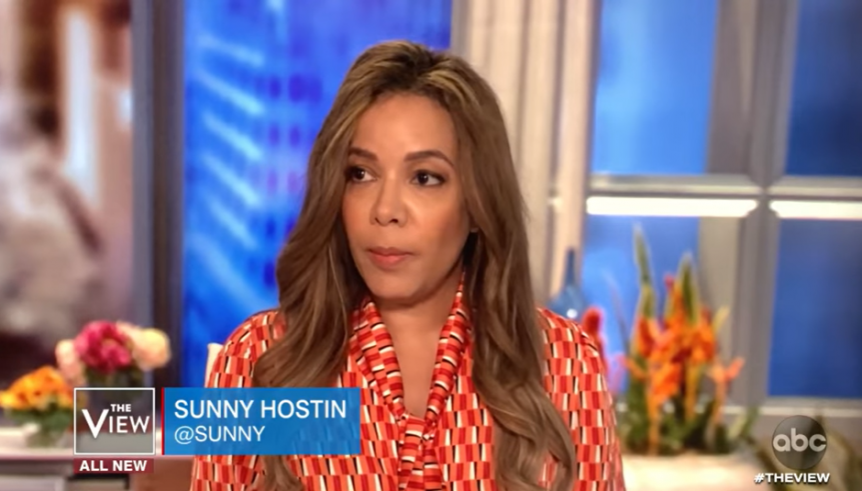 Sunny Hostin and her co-hosts on The View responded to HuffPost’s weekend story alleging ABC News talent svp Barbara Fedida made a series of insensitive comments, often with racial remarks, about a number of Black ABC News journalists over her lengthy tenure at the network.

Reporter Yashar Ali described one instance where Fedida spoke with her colleagues about contract renegotiations with Robin Roberts, and in response to Roberts’ request for a pay raise, Fedida reportedly complained that she wasn’t asking Roberts to “pick cotton.”

ABC News placed Fedida, who has overseen talent at the news division since 2011, on administrative leave following publication of the story.

“It was a tough weekend for me, and I was really disappointed and saddened and hurt when I learned about the racist comments that were made allegedly about me, my colleagues and my dear friends,” Hostin said.

“It’s the type of racism that Black people deal with every single day, and it has to stop,” she said. “I look forward to the results of what I hear is going to be an independent, external investigation, and I felt very loved and supported by my colleagues. I felt supported by all of you … and I thank you all for that. But again, this has got to stop.”

Joy Behar echoed Hostin’s statement, and Meghan McCain added, “I am disgusted by these allegations as everyone is. I want to make one thing really clear: There’s a lot of people that say a lot of things about these hosts and this show and the press, but when you attack one of us, you’re attacking all of us, and I stand and support Sunny throughout all of this in any way that you need. And I stand and support my colleagues at ABC who have been attacked by this.”

Whoopi Goldberg agreed with what Nightline co-anchor Byron Pitts said over the weekend, that he never knew Fedida to be a racist.

“Everything I know about her doesn’t say that she has this in her, but I will say that one of the things that everyone should always make sure we say, and I say it all the time, is let’s find out,” she added.

A network spokesperson provided TVNewser with the following statement on Saturday: “There are deeply disturbing allegations in this story that we need to investigate, and we have placed Barbara Fedida on administrative leave while we conduct a thorough and complete investigation. These allegations do not represent the values and culture of ABC News, where we strive to make everyone feel respected in a thriving, diverse and inclusive workplace.”

Fedida’s attorney provided HuffPost with the following statement: “Throughout my career, I have been a champion for increased diversity in network news. Building a news division where everyone can thrive has been my life’s mission. I am proud of my decades of work of hiring, supporting and promoting talented journalists of color. And, unlike these heartbreaking and incredibly misleading claims about me, that track record is well-documented and undeniable.”

Fedida has worked for ABC News semi-continuously for 30 years, starting out in 1989 as a production associate for Peter Jennings Reporting. She remained with ABC for 17 years where she held positions including talent recruitment and development director, director of standards and practices and as a producer for several ABC News programs such as Day One and World News Tonight with Peter Jennings.

Fedida was one of a handful of producers who worked on the Peter Jennings tribute special in August 2005.

Then-CBS News president Sean McManus lured Fedida to CBS News in 2006 to become executive director of talent. She was promoted to vp of talent in 2008 and would go on recruit talent to CBS News, including correspondents Terry McCarthy and Nancy Cordes from ABC, Erica Hill, Seth Doane and Elaine Quijano from CNN, and John Dickerson. Fedida departed CBS News in February 2011 amid an executive shuffle.

As ABC News’ svp of talent and business, Fedida has hired and worked closely with many ABC Newsers you see on your television today, including Tom Llamas and Ginger Zee. She also placed Michael Strahan on GMA. Eva Pilgrim, Marcus Moore and TJ Holmes are also among the Black journalists who have been given on-air roles during Fedida’s second stint at ABC.

Here’s the segment from earlier today: