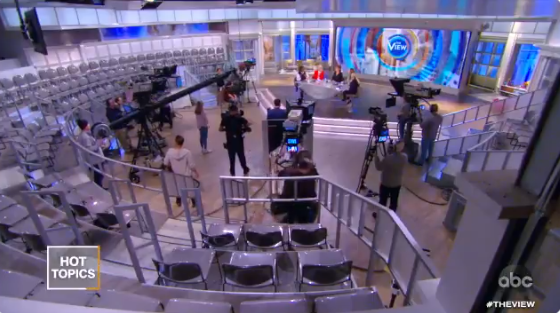 Today, Elisabeth Hasselbeck made her second appearance on The View since departing the program on July 10, 2013.

It was a heck of a day on which to return.

Citing COVID-19 concerns, Walt Disney Television decided to suspend live audiences from attending its news broadcasts and talk shows for the foreseeable future, making today’s edition of The View a very unique one, and not just for Hasselbeck’s return as guest co-host. 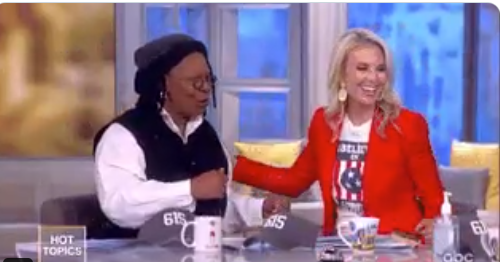 The lack of studio audience was and will likely continue to be striking. The View is a show has relied on energy over its lengthy run on ABC, both from its co-hosts and from its in-studio audience.

How will the lack of audience change the show, if at all?

Whoopi Goldberg addressed the massive elephant in the studio at the outset: “For the first time ever, as you can see, if you looked around, we made the decision not to have a studio audience; and this is unprecedented.”

The camera crew and producers provided the applause and reactions.

Per below, it remains to be seen when an audience will be permitted back in The View studio.

The coronavirus situation is still developing and for the first time ever at @TheView, we made the decision not to have a studio audience. We look forward to our fans returning to join us in the studio in the future! pic.twitter.com/BNXK098W0s

A Walt Disney Television spokesperson provided us with the following statement: “Given the current developing situation in New York City, we have made the decision to suspend live audiences from attending our news broadcasts and talk shows.”

In addition to The View, this includes Good Morning America, Live with Kelly and Ryan, Strahan, Sara and Keke, as well as Tamron.