NEXT:Matt Lauer: 'No Words to Express My Sorrow and Regret For the Pain I Have Caused'
PREVIOUS:Jeff Zucker on Matt Lauer: 'No One Ever Brought a Complaint or Suggestion of Predatory Behavior to Me' 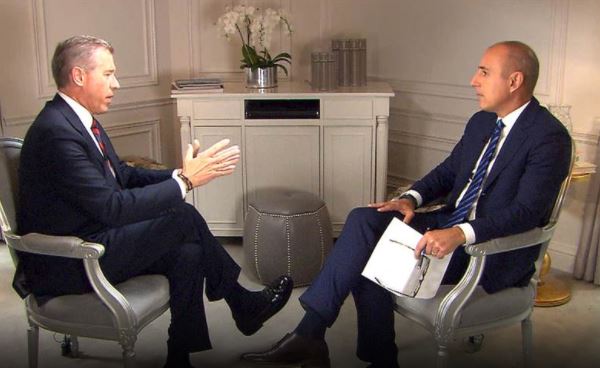 We were reminded this morning that among the thousands of interviews Matt Lauer has conducted over the past 20 years at the Today show, was one that aired on June 19, 2015.

Lauer sat across from his NBC News colleague Brian Williams who had been given a second chance to redeem himself after telling and retelling a story about his 2003 coverage of the Iraq war that turned out to not be true.

“It has been torture,” Williams told Lauer of his removal from Nightly News and his suspension from the network in February of that year. “Looking back it has been absolutely necessary. I have discovered a lot of things.”

Lauer will not get a second chance at NBC, or anywhere, likely. In his apology this morning, Lauer said he has a new “full time job… repairing the damage” he’s caused to his family and his former colleagues, the NBC News brand and the $500 million Today show franchise. “I’m committed to beginning that effort,” Lauer said.

At the end of that interview, Lauer sat on the Today show couch and told his colleagues, “I do believe in second chances.”