CBS This Morning: Saturday executive producer Brian Applegate traces the transformation of the broadcast back to 2013, when he set out to distinguish it from the weekday morning show in a variety of ways. While hard news segments remain, there is increasingly more reporting on a wider range of topics and more trips out into the field.

CBS This Morning: Saturday (or SatMo, as many at CBS call it) has also established itself as a go-to destination for original music and culinary-focused segments. The Dish, in particular, is a popular food segment on the broadcast, and it won a James Beard Award in 2015 for Best TV segment.

Then, there are the ratings. CBS This Morning: Saturday, like the weekday show, has been stuck in 3rd place for years. But the 2-hour broadcast has been giving its ABC and NBC counterparts a fight lately. For the season, SatMo has cut into Saturday Today’s lead by 23% in total viewers and by 34% among adults 25-54 compared to last season. The program has cut GMA Saturday’s lead in total viewers by 18% and 17% among adults 25-54 when compared to last season, per Nielsen data.

We spoke with Applegate, who was elevated to ep back in February, and his colleagues, co-anchors Jeff Glor, Dana Jacobson and Michelle Miller to get their thoughts on the evolution of the program, how they’ve grown as broadcasters and their relationship with one another.

TVNewser: Brian, talk about some changes you’ve implemented since officially taking reins of the broadcast this year.

Applegate: It goes way back to 2013, which is when I decided not to make this just a weekend version of the weekday show. I wanted it to have its own identity. And so, week by week, month by month, year by year, we just started making changes. We really wanted to get out of the studio, tell longer, more in-depth stories.

You can learn a lot with people being on the set, but we like to go to where they are. We like covering people who are passionate about what they do, and if you go out and get in their element and get out of the studio, it’s much more engaging.

All 3 of the anchors which are reporters at heart, they love to go out and do big, in depth pieces on a wide range of topics. Once we started doing that, all the tent poles started going up. I personally revamped the music segments, and I book all the acts on it. We started evolving The Dish, which was a food segment built out of not teaching people how to cook incredible dishes, but rather to learn about the people who make those dishes, and the culture behind the dishes.

We started not just doing in-studio versions of that, but we would go out to the restaurants, take to take the viewer somewhere as opposed to just being in the studio.

It was a long grassroots evolution, and that’s where we are now – where we’ve cut the gap dramatically between GMA [Saturday edition] and [Saturday] Today.

Speaking of competing with GMA and Saturday Today — How important are the ratings to you?

Applegate: The ratings are important. When I started on this show, obviously the ratings were much smaller than Evening News or CBS This Morning, so, the increments of which they started to grow were small. They’d go up and down. A weekly show is different than a weekday show where following a trend can be very difficult because a news event can spike them at any given week. We try not to pay too much attention to them, other than long-form trends. Especially when you’re booking music – we’ll do a profile on a musician, and then the two songs – that’s 15-20 minutes of television, and if the viewer doesn’t like it, that can hurt the week. You can’t just go with the breeze; you have to stick to your guns on what you’re trying to do. So, we try not to obsess about the ratings week to week.

Talk about the impact CBS News president Susan Zirinsky now has on the Saturday morning show. Her efforts were primarily focused on 48 Hours for decades, of course.

Applegate: Every Friday, she used to walk into the newsroom to go to the CBSN set to promote that next day’s 48 Hours. She would be on camera and do that. Every Friday for years, she would come by the “senior center” which is where we sit on Friday nights, and she’d sit down next to me, give me critiques but also compliments about the show and how she loved it and was looking forward to tomorrow’s show. She said she would download the music and create the food and loved the stories and she loved Anthony [Mason]. She loved everything about it. So, that was every week for years on end and that’s why one of the first things she said she did when she became president was to make me an ep, which I’m eternally thankful for.

Jeff, talk about joining the broadcast. I know you had morning show experience before coming on board, but it had to have been a bit jarring going from anchor of CBS Evening News to a Saturday morning show.

Glor: Brian [Applegate] smartly always talked about trying to make the transition seamless, and that’s exactly what he did. SatMo just keeps getting better, week after week.

Brian, I know you and Jeff go back years.  What were the discussions like when it came to bringing him on board, and how is he doing with Dana and Michelle?

Applegate: I’ve known Jeff and worked with that for 22 years now. All he has ever wanted to do was great journalism and engaging television and when the opportunity came to move over here, he seemed really excited about it because he was going to be able to do some of the things he was really passionate about and do the stories that maybe he wasn’t able to do on Evening News, or back when he was doing local news. So, he was he was pretty enthusiastic from the start.

He’s known Michelle since he got here, and he adores Dana. All 3 of them get along great. We hung out last week and they love working together.

Jeff, talk about working with Dana, Michelle and Brian.

Glor: It’s been nice getting to establish more and more rhythm with Michelle and Dana every week. We are all different, but it works. You can’t force that. Brian and I, as you know, go back more than two decades. His dad hired me for my first job. We’ve worked together in Syracuse, Boston, and New York, all at the same stations and now the same network. We communicate pretty easily because we want the same thing: great stories. Every week, every show, every segment. It’s not complicated. It’s a lot of hard work, but it’s not complicated.

Michelle and Dana, you both joined the broadcast in July 2018. How has each of you grown as a broadcaster during that time, and how has the broadcast evolved?

Miller: Being a part of the team that is CBS This Morning: Saturday has helped me build a confidence that I never felt before. That stems from across the board-  from, Brian, to Dana and Jeff, to the editors and people working behind the scenes, a belief in me and this show. I think what it really comes down to is we all fit. And that’s rare. I’m so grateful.

Jacobson: Our chemistry on CBS This Morning: Saturday is a part of the show, it’s unique.  We’ve all been a part of duos or even trios that kind of work but this one really does.  We like each other, we really are having fun and I think you can feel that come across the screen.  The off camera laughter and conversations on Saturday mornings might be a show of their own.

Personally, I’ve grown as a storyteller in hosting SatMo. You want to keep up – make your piece as layered and interesting and informative as your co-hosts. We get the time to go beneath the surface, and that is a rarity in our industry.  A piece doesn’t have to be 3 minutes if it needs 6.  And if it only needs 3, then that’s OK too.

I’m also not just the “sports person” on set, which I love.  In the last few weeks I’ve done a piece on Sesame Street’s 50th anniversary, a program in Boston getting gang members off the streets and a profile on Kobe Bryant‘s life after basketball. It’s an absolute joy. I always prided myself on my interview skills and doing pieces for this show is making me better.  The time I had watching Anthony Mason’s pieces and his interviewing, I compare to my time on SportsCenter watching Dan Patrick do live interviews. In both cases I was like a sponge learning from watching their approaches, how they listen, their ability to just respond.

Jeff, did Anthony [Mason] give you any advice before you came on board? If so, what did he tell you?

Glor: Anthony has given me advice before, but I’d prefer to keep it between us. More importantly, he leads by example. Anthony doesn’t tell you what to do. He shows you.

Brian, what’s one thing you want to see the broadcast improve upon in 2020?

Applegate: I want to prepare us for moving to a show that can work online and become a little bit more of a show you can watch at any point, and not just a day to day show. I want the show to be evergreen, so that people can check it out a couple weeks down the road, and make sure it has a longer shelf life. 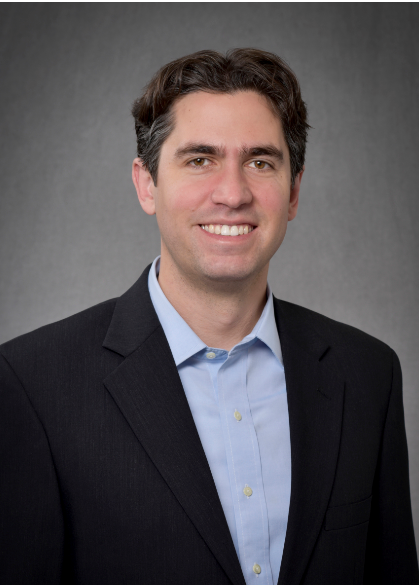