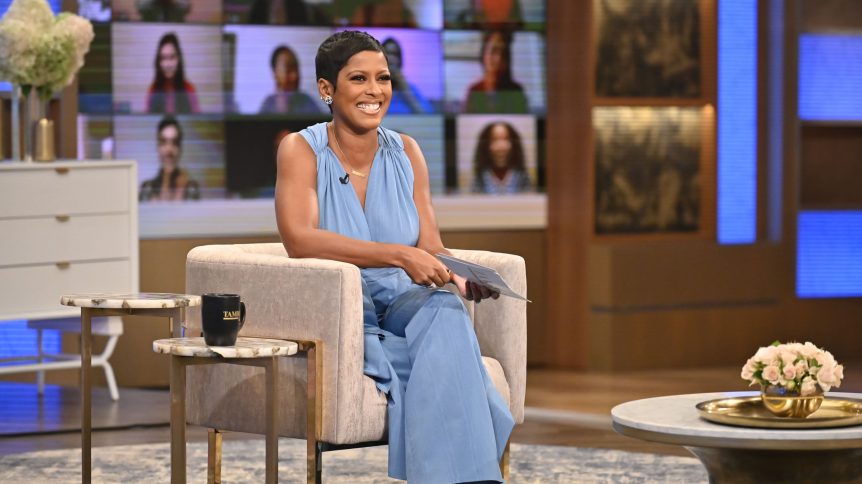 Tamron Hall is returning to a TV news division.

Hall’s daytime talk show, Tamron Hall Show, has been syndicated by Disney-ABC since its launch in fall of 2019, and it will now be overseen by ABC News. The Tamron Hall Show becomes the second talk show to fall under the company’s news umbrella. ABC News has overseen The View since the fall of 2014.

“Since the show’s launch, Tamron and her team have delivered award-winning, empowering stories that have covered celebrity interviews, topical and hard-hitting issues. Their thought-provoking segments have provided daytime viewers with entertainment, news and information, delivered by a distinguished and celebrated broadcast journalist. Given that, and the fact that Tamron’s show is produced in our building, moving it to ABC News will create great opportunities for collaboration and partnership.”

Hall is no stranger to television news, of course. She co-hosted Today’s third hour from 2014-17 after joining MSNBC and NBC in 2007, said she has often relied on her cable news background for several interviews she’s conducted on her daytime show, as she noted at a virtual press conference in Oct. 2020.

“I was in cable news for 10 years. And while it was rewarding in many ways, it was a learning experience for me in how to allow people to say who they are and be who they are,” she said, mentioning a recent anti-masker guest.

Variety’s Brian Steinberg was on the announcement early.