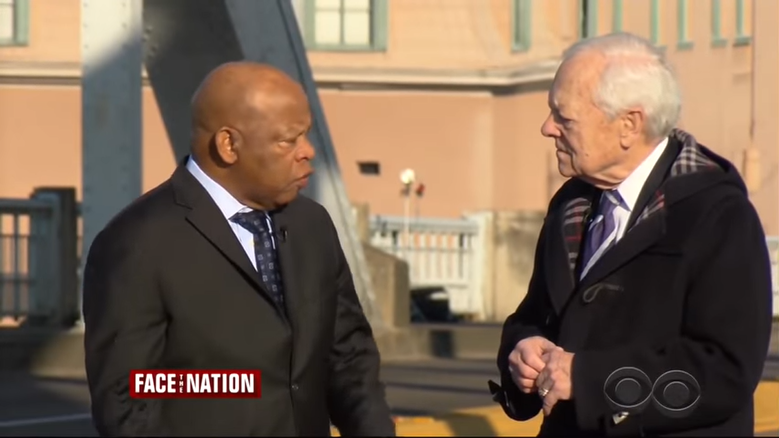 The iconic civil rights leader and Georgia Democratic congressman John Lewis died at the age of 80 on Friday. Lewis served in the House of Representatives for Georgia’s 5th Congressional District from 1987 until his death. One of the original 13 Freedom Riders and a man who helped organize the March on Washington, Rep. Lewis announced in December that he had Stage 4 pancreatic cancer and tragically succumbed to the illness just days ago.

Rep. Lewis was known for his “good trouble” approach to life— peaceful protest, fighting for equality, as the Sunday shows noted in their respective segments on his death.

CBS’ Face the Nation showed interviews that past moderators Bob Schieffer and John Dickerson had conducted with Rep. Lewis. Schieffer, who interviewed Lewis 50 years after Bloody Sunday, said, “He made America a better place. And I never knew a better man.”

As did Jake Tapper for CNN’s State of the Union:

Before airing his interview with President Trump, Chris Wallace addressed Lewis’ death on Fox News Sunday and showed a clip from his 2015 interview with the late congressman.

In memory of an American hero: Congressman John Lewis. Here is a clip of Chris’ 2015 interview with the civil rights icon. #FoxNewsSunday pic.twitter.com/tyB9dzGmbp