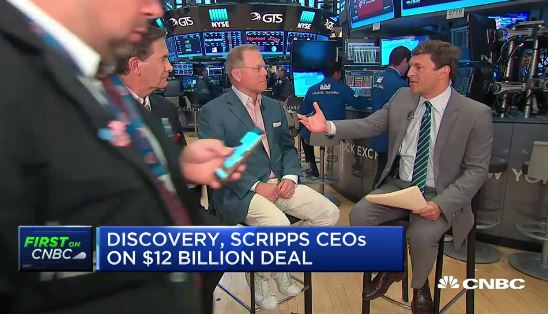 A trader on the floor of the NYSE nearly became a part of the story of the Discovery channel’s acquisition of Scripps Networks Interactive today.

CNBC’s David Faber was interviewing Discovery CEO David Zaslav and Scripps CEO Ken Lowe about their nearly $14 billion deal (including debt), announced this morning that will bring both companies together. A trader, glued to his smartphone, walked right into their shot. He caught himself and then proceeded to go around the trio.

CNBC is one of several media companies that have sets on the floor of the NYSE, but Faber’s interview was not on CNBC’s main set, but rather in the middle of the floor where traders are often seen going from post to post. The number of brokers and traders has declined at the NYSE, from more than 5,000 in the 1980s, to a few hundred today. But their presence in the background–or foreground–of financial news channels gives the impression of a fast-paced environment… sometimes too fast. 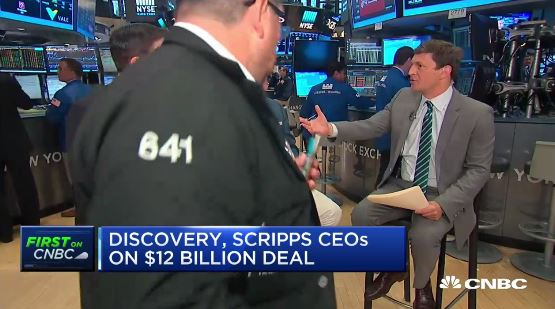 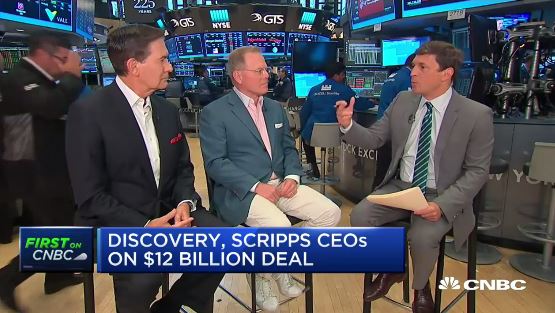 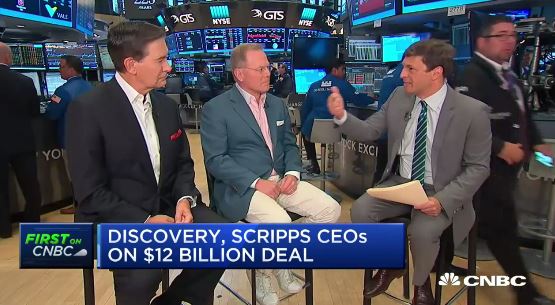 Scripps Networks’ Kenneth Lowe: ‘It was the right time’ for Discovery deal from CNBC.