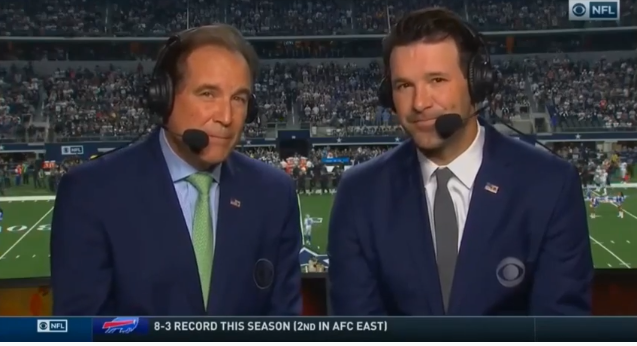 They say broadcast television is dying. If that’s true, the NFL hasn’t received the memo, and neither have its advertisers.

Roughly 182 million people watched an NFL game during the 2019 regular season, according to data provided to TVNewser from NFL Media.

This 182 million viewer count across TV and digital platforms means 2019 was the most-watched NFL regular season since 2016.

Some might assume NFL content consumption is male heavy. Not true. In fact, women have increasingly closed the gap when it comes to NFL broadcast viewership (last year’s Super Bowl, for instance, approached 50%-50% male to female viewing), and female viewership of 2019 NFL regular season games was +5% from 2018.

So, which were the 5-most-watched NFL games of the 2019 regular season? Not surprisingly, more than 1 features the Dallas Cowboys.

The most-watched NFL regular season game of 2019 was the Thanksgiving Day afternoon contest on CBS, featuring the Cowboys and Buffalo Bills; sort of a throwback to the early-1990s rivalry. The Bills, this time around, took care of the Cowboys rather easily.

The early Thanksgiving Day game, featuring the Chicago Bears and Detroit Lions, came in at No. 4 for the season, right behind a duo of games featuring the New England Patriots broadcasts, America’s other most-polarizing team.