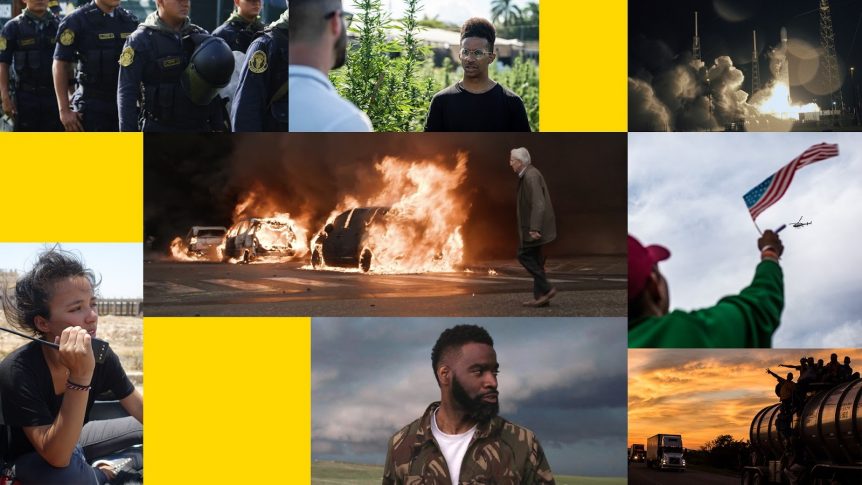 The award-winning Vice News Tonight is returning to television next month.

Vice Media has announced the revamped newscast will premiere on Wednesday, March 4 at 8 p.m. ET/PT.

There are a number of new changes to flagship program for Vice TV (no longer known as Viceland). For one, it will be a new hour-long live format airing from 8-9 p.m., as opposed to the 30-minute format (7:30-8 p.m.) it previously adopted, one which matched that of the traditional evening newscast.

According to the network, the revamped Vice News Tonight is “combining in-studio interviews and Vice News’ on-the-ground signature field packages, the show will provide razor-sharp context and color beyond the headlines. With the youngest audience in hard news, Vice News Tonight has earned the trust of a new generation of news consumers and will continue to be the essential destination for Millennial and Gen Z viewers who want to understand the changing world around them.”

The new Vice News Tonight will be executive produced by longtime MSNBC producer Nikki Egan, a TV newser with more than 25 years of news production experience.

Egan spent 17 of those 25 years at MSNBC, working across prime time and dayside programs, spearheading breaking news and special coverage over the years.

“I have always been a huge fan of Vice News and I’m thrilled and honored to now be a part of this team and continue telling these award-winning stories.” Egan said in a statement. “This is an extraordinary time, and Vice News Tonight gives viewers clarity and nuance that is unlike anything else on television now.”

“Vice News Tonight is a bedrock of the type of courageous and fearless programming our TV network will be bringing to audiences everyday. And it’s just the beginning,” said Morgan Hertzan, evp and gm of Vice Television. “Through compelling, bold and often challenging programming, we’ll be providing audiences globally with a way to distill and recontextilize the changing world around them, and it starts with this show. We’re thrilled to finally bring Vice News home to our own channel.”

In the ramp up to the show’s launch, Vice News continues to bolster its growing reporting and production team with over 20 new hires including:

The show will air internationally in the UK, Australia, New Zealand, France, Belgium, Netherlands and Israel.

HBO announced in June of last year that would cancel Vice News Tonight. The newscast, which aired Tuesdays-Fridays, 7:30-8 p.m., officially came to an end in September when HBO’s deal with Vice ran out.

Vice News Tonight is perhaps best known for the critically-acclaimed story from August 2017, Charlottesville: Race & Terror, where Vice News journalist Elle Reeve and her team follow a white supremacist who was protesting the removal of Confederate monuments in Charlottesville, Va.