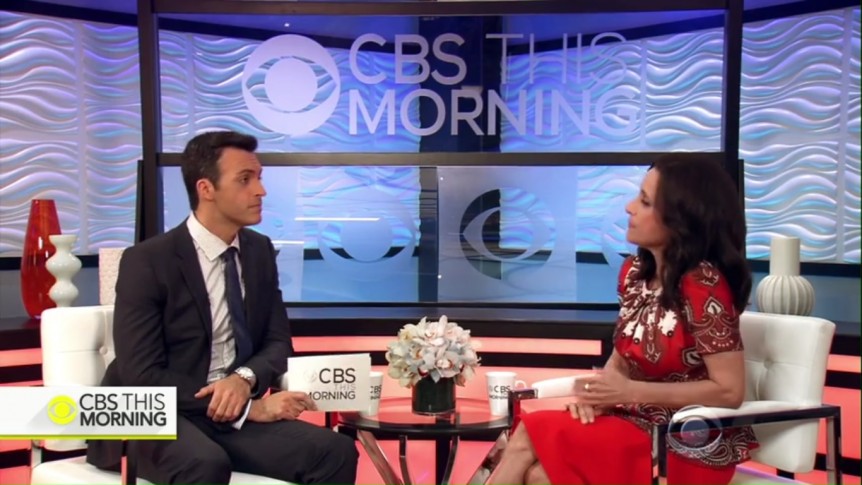 If you watch HBO’s Veep then you know that CBS This Morning is part of the storyline. One of the characters, Danny Egan, leaves politics to become a TV news anchor (shocker!).

The actor who plays Danny Egan, Reid Scott, will be on the real CBS This Morning on Monday to talk about it.

Charlie, Gayle and Norah talked about this morning on the show. WATCH:

Actor @reidscott may play a fictional @CBSThisMorning co host on @VeepHBO… but Monday he gets his shot at the real thing! pic.twitter.com/zsM59FW7nx