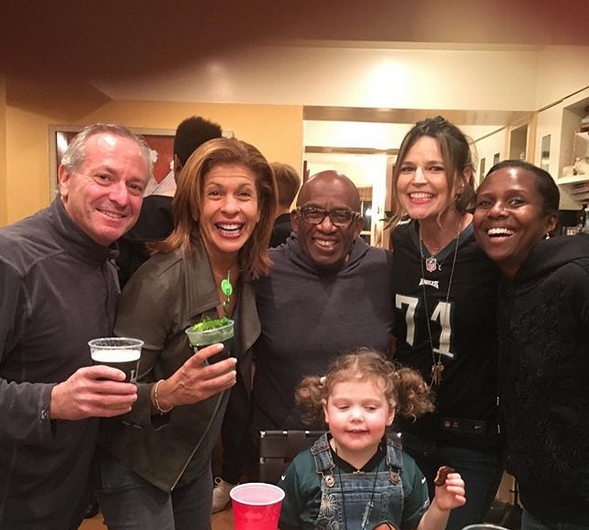 Today show meteorologist Al Roker and ABC News correspondent Deborah Roberts, husband and wife, hosted a Super Bowl party of their own last night. This one was on the intimate side. Today co-anchors Hoda Kotb and Savannah Guthrie joined the festivities, along with Kotb’s boyfriend, Joel Schiffman, and Guthrie’s young daughter, Vale.

Guthrie was the sole TV newser wearing a jersey, going with the Eagles No. 71. That’s Jason Peters’s number, a longtime Eagles offensive lineman.

Like mom, Vale was rocking an Eagles jersey. Based on the Instagram video below, she might have a future as an NFL referee or even as an announcer.