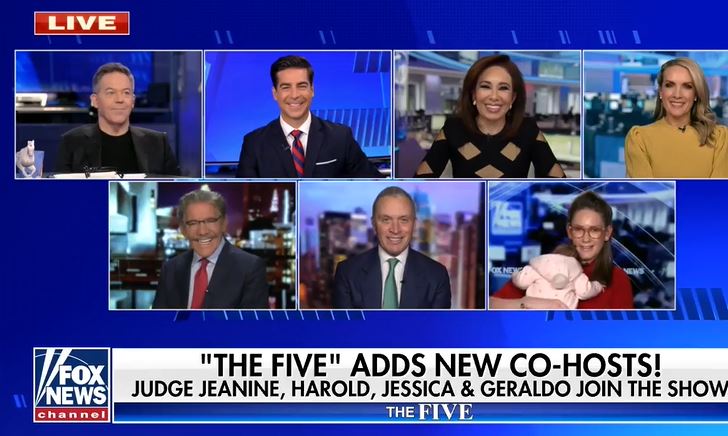 Fox News announced earlier on Wednesday that Jeanine Pirro would be joining The Five as a full-time co-host, beginning Jan. 24.

In addition to Pirro, the roundtable talk program will continue to have a rotation of personalities inhabiting the “liberal seat” each broadcast, namely Harold Ford Jr., Jessica Tarlov and Geraldo Rivera.

Yet, these weren’t the only additions The Five announced during Wednesday’s broadcast; an eighth member of The Five family joined the broadcast today: Jessica Tarlov‘s baby daughter Cleo.