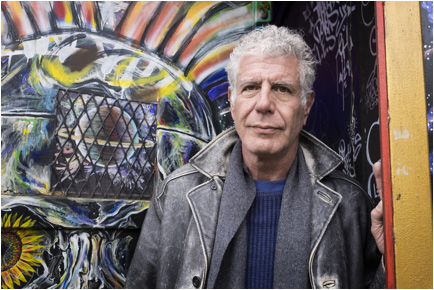 Three months after Anthony Bourdain’s death, CNN is preparing to air the 12th and final season of Parts Unknown.

The seven-episode Season 12 of Anthony Bourdain Parts Unknown will premiere Sunday, Sept. 23 at 9 p.m. ET, with an extended 75-minute episode in which Bourdain and CNN colleague W. Kamau Bell tour Kenya. That episode will also feature narration from Bourdain.

Subsequent episodes will air on consecutive Sundays through Nov. 11, but the show will be preempted on Nov. 4 for pre-election coverage.

Following the premiere episode, the season will feature four location-based shows—covering Indonesia, West Texas, Spain and New York’s Lower East Side (which will also be a 75-minute episode)—along with two specials. One will spotlight how Bourdain altered the world of food, travel and culture, while the other features interviews with crew members from Parts Unknown who reflect on their time with the host.

Bourdain had been filming Season 12 in Strasbourg, France when he tragically died on June 8 in his hotel room.

“We believed early on that Parts Unknown would be an exceptional series with an incomparable host and stellar production team. We are grateful to have collaborated with such an incredibly talented friend and colleague whose prolific body of work and extraordinary personality touched so many,” said Amy Entelis, evp, talent and content development, CNN Worldwide, in a statement.

A trailer for the final season can be found here.