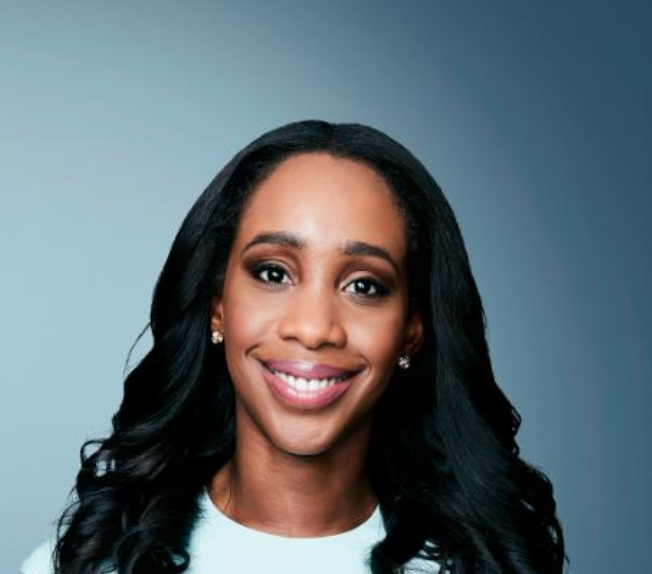 Bassett writes that Collins and Phillip, two of the network’s White House correspondents, both of whom are under 30, had been up on State of the Union day since 6 a.m., monitoring news developments and sitting in hair and makeup. They end up rotating reporting on- and off-camera for 12 hours before Trump addresses the nation in prime time.

Trump has publicly criticized Phillip’s questions, and Collins was “disallowed” (banned) from covering a White House event in the Rose Garden last July.

Collins and Phillip take the criticism as a badge of honor.

“If he gets upset about a question, it’s kind of a sign that you’re onto something important,” Phillip says. “It is sometimes a little intimidating, because he’s the president of the United States and he’s pointing his finger at you. But you have to just keep trying to get answers out of him.”

“It’s important not to let it get to you,” Collins adds. “If you do, then you reinforce their stereotype that the media is biased and we want to argue with the president, which we don’t.”

According to Bassett, the women describe themselves as a “sisterhood.” The older ones mentor the younger ones. The new mothers share baby clothes and parenting tips. They vent to each other about online harassment.

“Every day there’s a new tweet about me getting lip injections,” laughs Brown, a senior White House correspondent for CNN, who has a 7-month-old baby at home. “I never got lip injections in my life. You’re like, ‘Don’t these people have anything better to do?’”

Bassett then describes the D.C. bureau offices of Bash and Borger. The offices are known as part of “estrogen corner.” The veteran journalists are perched on a gray sofa in Bash’s office, which Bassett says “looks something like a millennial feminist’s bachelorette pad.” Nods to women’s empowerment are everywhere: A pink “fight like a girl” pillow on a fuzzy white bench. A framed poster of Wonder Woman. A quote on the wall that says, “Don’t let your emotions make you their bitch.”

Bassett also speaks with Keilar, a new mom and now the anchor of the network’s 1 p.m. hour. Keilar has an 8-month-old son and a 2-year-old stepson, and her husband is deployed overseas.

“It’s really difficult. You’re taking on a lot when you’re a mom doing this job, and I’m just starting to figure out what kind of support is there for military spouses. Until about two weeks ago, my baby was only sleeping about two or three hours at a time.”

Then, there’s Serfaty, a congressional correspondent who has a 1-year-old at home, and regularly wakes up at 5:45 a.m. to squeeze in a workout before she begins her work day, which often includes running through the hallways of the Capitol, chasing down Senators.

“I tell people doing this job feels like being a lumberjack spinning on a log in the water,” she says, making the running gesture with two fingers. “You have to just keep going.”

Bassett is with Serfaty when she spots Texas Senator John Cornyn in the Capitol.

The six-foot blond reporter can spot them like a hawk from a hundred feet away, distinguishing between similar-looking gray-haired white men by only their gait. “Is that Cornyn?” she asks, pointing at the Texas Senator, whose face I can barely make out in the dark basement hallway.

Bassett also meets up with Kate Bennett after the State of the Union. Bennett covers the first lady for the White House. She’s a former fashion editor who Bassett says is so comfortable on TV “that she was doing dance moves in her chair, making funny faces at me, and trading jokes with [Jake] Tapper before their panel.”

“I’m kind of a dork. It’s a long night for a lot of people, and this is a high-pressure time. Not that I’m here to be a jokester, but let’s remember that we’re all human beings.”