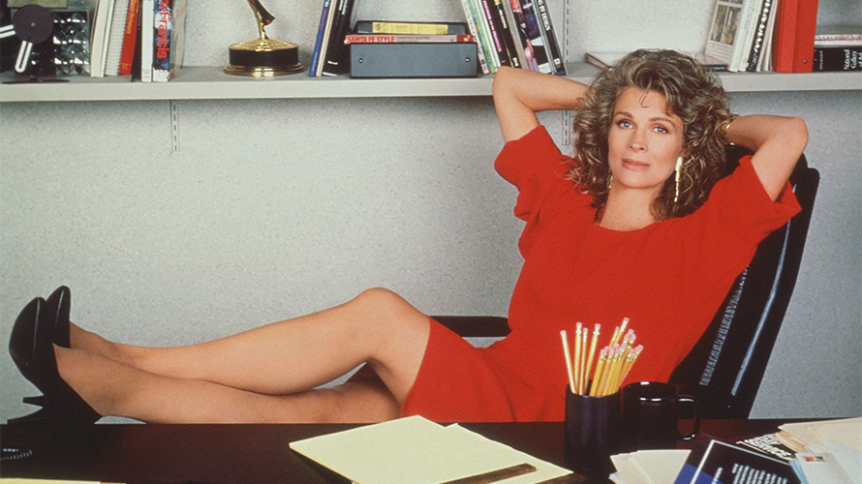 CBS is reviving its classic 1990s series Murphy Brown this fall, with Candice Bergen reprising her role as the eponymous broadcast news icon and giving her take on current events, now in a world of 24-hour cable, social media, “fake news” and a very different political climate.

But the Murphy Brown revival will feature a bit of a twist when it returns on Thursdays at 9:30 p.m. CBS Entertainment president Kelly Kahl said Brown will be host of a morning show called Murphy in the Morning (she anchored a prime-time news magazine in the original show), and she will be competing against her own son, Avery (played by Jake McDorman), who hosts a conservative morning news show.

And referencing Murphy’s comedy time-slot competition (the program will air Thursdays at 9:30 p.m.), Kahl said, “At 9:30, I Feel Bad for NBC.”

Speaking of NBC – The network recently dipped into the TV news genre itself with Great News, a scripted comedy set in a newsroom about an up-and-coming news producer who finds out her mom has rejoined the workforce as an intern at the New Jersey-based station where Katie works. Tina Fey was executive producer for the show, which premiered in 2016 and lasted two seasons.

Lynch wrote an in-depth story about CBS’s fall schedule this morning, and he will also be covering the network’s upfront later this afternoon, so be on the lookout for his reporting.