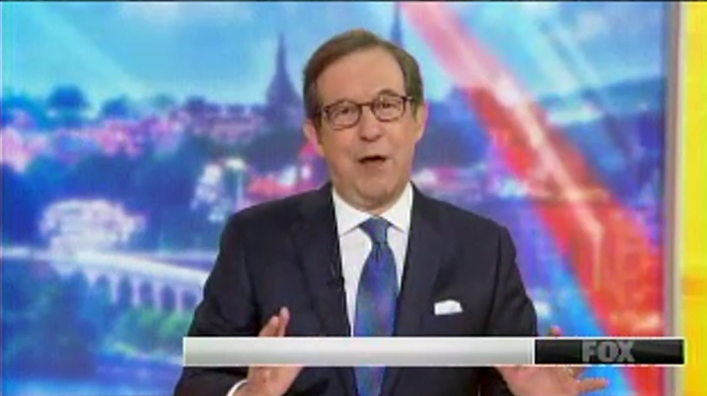 The building that houses the network’s bureau on North Capitol Street had an electrical fire earlier this morning on the 8th floor. All employees were temporarily evacuated even though Fox News studios and offices are not located on the 8th floor.

This led to Fox News Sunday with Chris Wallace, and MediaBuzz with Howard Kurtz being moved to the studios at WTTG Fox 5, the DC station owned and operated by Fox Broadcasting.

It’s roughly 7 miles to get from Fox News D.C. bureau near the Capitol to WTTG, which is on Wisconsin Avenue in the Northwest part of the District; about a 20-25 minute drive.

Despite the distance, it apparently it took fewer than two hours to move an entire operation to the station to get Fox News Sunday on the air.

Wallace addressed the show emanating from a different studio this morning.

“If things looked a little bit different here today, that’s because of the fact that we had a fire…yes, a fire in our building on North Capitol Street; and so we’re over at our wonderful affiliate WTTG in Northwest Washington, but we’re going to put on a show today. We might not have a lot of the bells and whistles we normally have, but just take a little time travel and pretend you’re back in the 1950s and you’ll feel very comfortable about that.”

NBC News Washington bureau chief Ken Strickland sent the following note out to staff this morning regarding the incident:

Early this morning there was an electrical fire in one of the studios at 400 North Capitol.  The fire was quickly extinguished by overhead sprinklers and there were no injuries.  There was smoke and water damage to much of the 8th floor and some surrounding areas.  As a result, all NBC News operations at 400 North Capitol will be relocated to the Bureau for the next few days.

We will have more information later today for the staff based at North Capitol. If you have any questions before then, please reach out to your manager.

I was on site this morning after being notified and want to thank the DC Fire Department, building management, and our technical and engineering staff who are there working to get everything back up and running as soon as possible.