These days you can’t find Keith Olbermann on TV, at least not TV as you know it.

The former CNN, ESPN, NBC Sports, MSNBC, and Current host is now producing 5-minute videos for GQ called The Closer. They are essays, almost always about politics, mostly about Trump. For his second season, he’s calling his commentaries The Resistance.

In a new interview with The New York Times Magazine, Olbermann talks about how he nearly returned to TV, as you know it.

Olbermann told me he talked to MSNBC for over a year about rejoining the network, but they asked him for a show with no commentary; he didn’t see the point. (An MSNBC source familiar with the situation confirms that there were talks, but says they fell through for a variety of reasons.) Olbermann also told me he had negotiated with CNN: “There was an offer, then there wasn’t an offer, then there was an offer. And Trump didn’t like me, and apparently exerted influence on that.” (A CNN spokeswoman says there were brief preliminary conversations about Olbermann joining its HLN spinoff, not the flagship channel, and that they took place well over a year ago, without any involvement from Trump.)

And if you’ve ever wondered who gave Keith Olbermann his First Big Break, here it is: 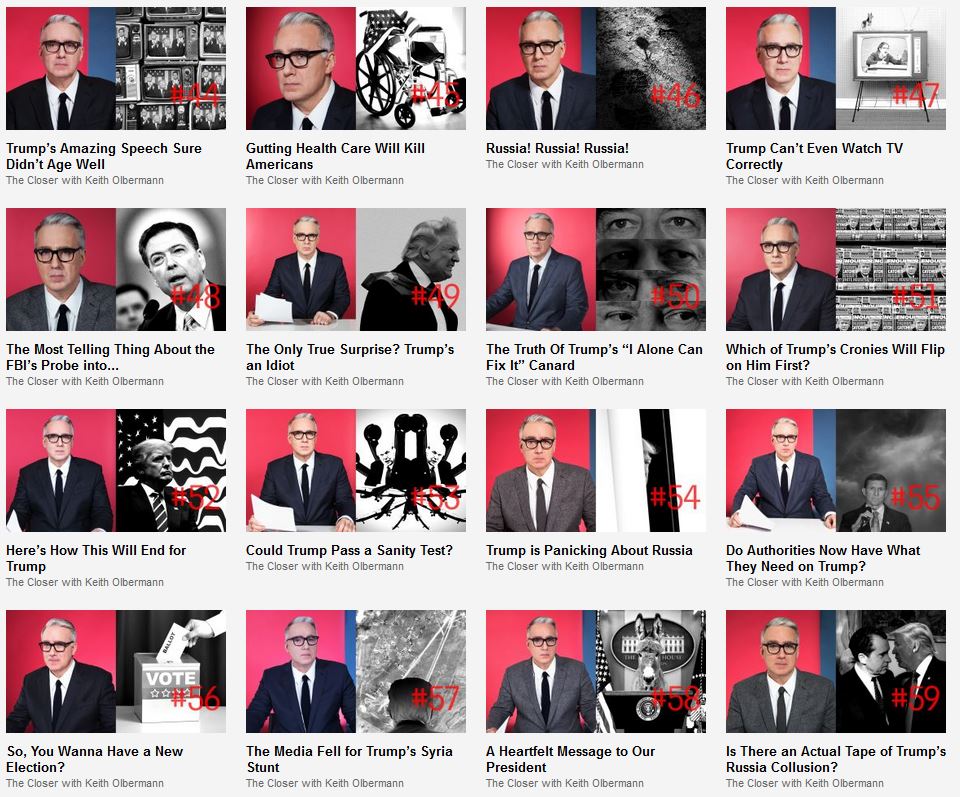