NEXT:Monday, May 31 Scoreboard: CNN Is No. 1 in the Prime Time Demo, Fox News Is Most-Watched on Memorial Day
PREVIOUS:Here Are the Top-Rated Cable News Shows for May 2021 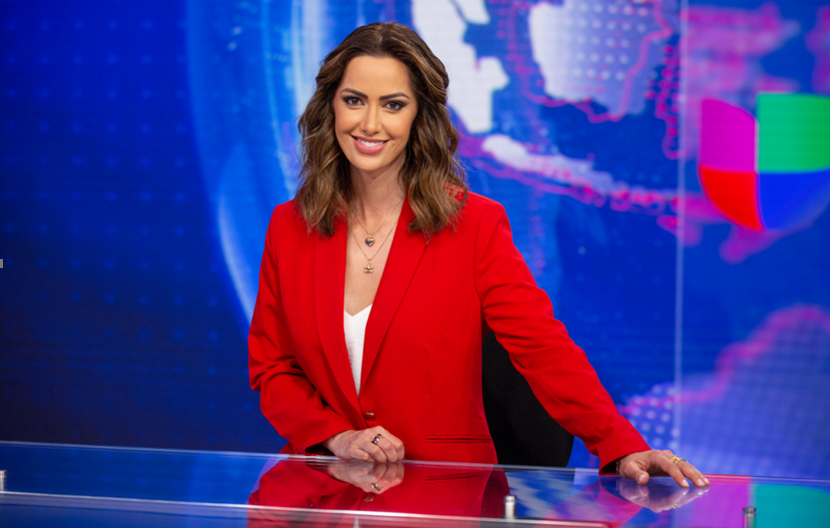 Univision News has announced that Paulina Sodi is joining the network as co-anchor of the weekend edition of its national evening newscast, Noticiero Univision.

Sodi will join co-anchor Félix De Bedout on Noticiero Univision each Saturday and Sunday at 6:30 p.m. and 11:30 p.m. ET/PT beginning this Saturday, June 5.

Additionally, Sodi will cover the Mexican electoral process during her first week at Univision, filing reports from Mexico City for the network’s morning show Despierta América, other editions of the Noticiero Univision newscast and the network’s public affairs program Al Punto.

“We are excited to welcome Paulina to our national Univision News team,” Univision News president Daniel Coronell said in a statement. “She is a highly skilled journalist with a deep passion for the community we serve and will play a key role in helping advance our mission of informing and empowering our Spanish-speaking audiences.”

Previously, Sodi was the news anchor for Telemundo’s 12 p.m. newscast, its morning show Un Nuevo Día, and its Houston local newscast. Sodi also worked for TV Azteca, where she served as news anchor for various news programs on the Mexican TV network for more than a decade. Her career also includes radio, having produced and anchored the radio show Desde Cero at Radio 13 in Mexico.