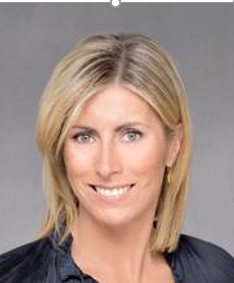 CBS News’ 60 Minutes has a new executive editor, and it’s a name familiar to those inside and outside the show’s HQ.

“Tanya is fantastic journalist with two decades worth of reporting at 60 Minutes. She has been central to this season’s strong start, both on TV and our digital platform. I could not ask for a better partner.” Owens said in a statement.

Simon added: “I’m humbled and excited to be a part of the team leading 60 Minutes into its next chapter. It’s a place I’ve considered family for a long time and I welcome the opportunity to help build upon the world-class journalism that has defined the program for the last 50 years.”

For years, 60 Minutes was literally family. Her father, the late Bob Simon, joined CBS News in 1967, and was named a 60 Minutes correspondent in 1996. He was killed in a car accident in February 2015.

Tanya Simon has worked for the broadcast for nearly 20 years and was one of 60 Minutes’ senior producers. Her responsibilities included overseeing digital content and supervising production of  60 Minutes Sports for Showtime.

Simon, as a producer and associate producer, played key roles in some of 60 Minutes highest-profile reports. On Ed Bradley’s team, she produced news stories such as the Duke Lacrosse Rape case, which received Peabody and Emmy awards, and the terrorist attacks on the World Trade Center on 9/11.

Simon also produced two of the five stories 60 Minutes has broadcast on the Boston Irish Mob, whose leader, James Whitey Bulger, was No.2 on the FBI’s 10 Most Wanted List.

She began her career at CBS News as a researcher for 48 Hours in 1996. Simon rose to associate producer and then producer at the news magazine before joining 60 Minutes in 2000.