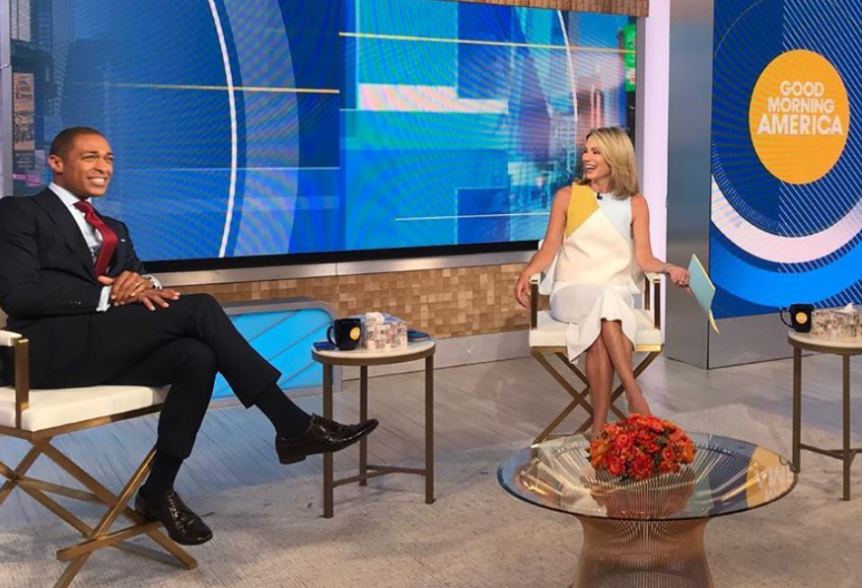 ABC News has named correspondent T.J. Holmes and 20/20 co-anchor Amy Robach the official co-anchors of the network’s afternoon news hour, GMA3: What You Need to Know.

Starting Monday, Sept. 21 at 1 p.m. ET, Holmes and Robach will bring viewers news, info and human interest stories that GMA3 has been known for since March, when the pandemic starting running wild across the country. Robach and Holmes will be joined by ABC News chief medical correspondent Dr. Jennifer Ashton with the latest breaking medical news informing GMA3 viewers about how to stay safe and healthy during the pandemic and beyond.

“Amy has expertly guided our viewers through the events of the past few months with skillful reporting and big interviews. I’m thrilled that T.J. will join her at the helm with his gift for storytelling. We will continue to count on Dr. Jen and her medical expertise to help us navigate the pandemic and what comes next,” executive producer Catherine McKenzie said in a statement. “We think the combination of Amy, T.J. and Jen is an unmatched team in daytime television at a time when viewers are hungry for straightforward news and information.”

Prior to this six-month run of live news, GMA’s third hour (1-2 p.m. ET) was defined by lighter fare. The third hour of GMA launched in September 2018 as GMA Day, replacing The Chew in the 1 p.m. ET hour. Michael Strahan and Sara Haines were tapped to co-host GMA Day. Then, in January 2019, the name was changed to Strahan & Sara, which, according to the news division, was done “to place an even stronger focus on its hosts.” Strahan and Haines were later joined by Keke Palmer, and the name was changed to Strahan, Sara & Keke.

Strahan, Sara & Keke was scrapped earlier this year, and would end up being replaced by Covid-19 updates in the 1 p.m. ET/12 p.m. CT/PT hour.

The decision to go the hard news route in daytime is interesting, considering this is a daypart traditionally known for its lighter fare.

For instance, NBC’s Today, which offers four hours of programming each weekday, goes “softer” as the morning continues, whereas ABC is moving in the other direction with programming that more closely resembles GMA’s 7 a.m. hour.

It remains to be seen if this hard news hour continues once we move past the election and when the pandemic eventually goes away.