NEXT:The TVNewser Notebook: José Díaz-Balart Says His Job 'Is to Provide Context, And to Separate the Wheat From the Chaff'
PREVIOUS:Sean Hannity Attracts His Largest Audience For an Interview Ever 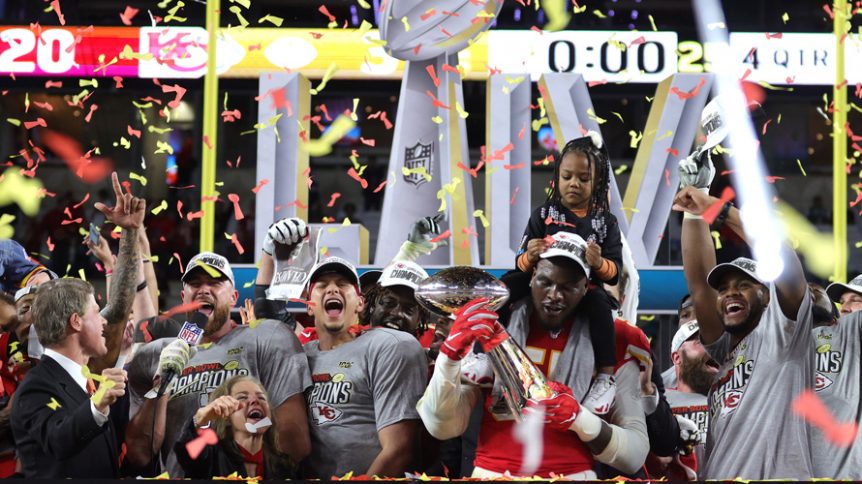 The Kansas City Chiefs put on an impressive 4th quarter comeback to defeat the San Francisco 49ers in Super Bowl 54, 31-20. The win gave the Chiefs organization its first title since 1970.

Fox benefited from the 4th quarter excitement from a ratings perspective.

According to Adweek TV editor Jason Lynch, the 102 million total should climb by at least 10 million when the out-of-home audience is added in, likely in a few days.

On the downside, the game failed to reach 100 million TV viewers for second consecutive year, though there could be an increase after final live-plus-same-day data from Nielsen arrives in a few hours.

The Super Bowl linear TV audience record remains NBC’s 2015 broadcast, Patriots vs. Eagles, which was watched by an average of 114.4 million total viewers.