NEXT:Cable News Sees Double-Digit Ad Revenue Growth in February
PREVIOUS:MSNBC Has Most-Watched Saturday Since the Start of the Iraq War 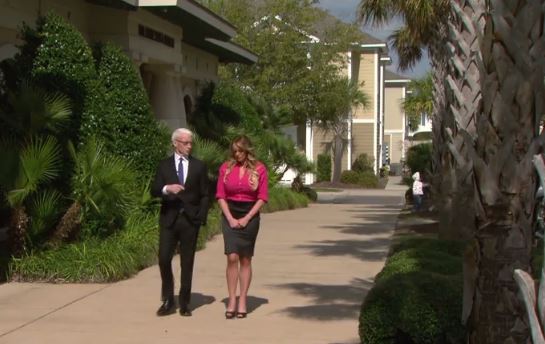 According to Nielsen overnight ratings, last night’s 60 Minutes, which included Anderson Cooper‘s 2-part story on Stormy Daniels, is on pace to be the most-watched episode in nearly 10 years, since a Nov., 2008 Steve Kroft interview with President-elect Barack Obama.

Last night’s show, which started 35 minutes late in the Eastern and Central time zones, due to the NCAA Tournament overtime game between Kansas and Duke, was watched by 22.06 million viewers and delivered a 16.3 rating / 27 share in the 56 Nielsen metered markets.

Final ratings will be out tomorrow.

A lawyer for Michael Cohen, who is the personal attorney for President Trump, sent a cease and desist letter to Daniels just after the story ended, seeking an apology. Brent Blakely said Daniels’ statements about Cohen are “false and defamatory.”

Daniels told Cooper someone threatened her in 2011 as she was going to the gym, along with her young daughter. “I was rattled. I remember going into the workout class. And my hands are shaking so much, I was afraid I was gonna drop her.” Daniels said she never saw the person again, “But if I did, I would know it right away.”

“Mr. Cohen had absolutely nothing whatsoever to do with any such person or incident, and does not even believe that any such person exists, or that such incident ever occurred,” Blakely wrote.

Cohen had sought $20 million from Daniels if she talked about her alleged 2006 affair with Trump. They claimed it would be a violation of a non-disclosure agreement she signed in 2016. Daniels’s attorney argues that, since Trump did not also sign the NDA, it is not valid.