NEXT:Wednesday, July 15 Scoreboard: Hannity Ranked No. 1 on Basic Cable
PREVIOUS:Maria Elena Salinas on Moving From Univision to CBS and Spotlighting the Pandemic’s Effect on Latinos in New CBSN Special 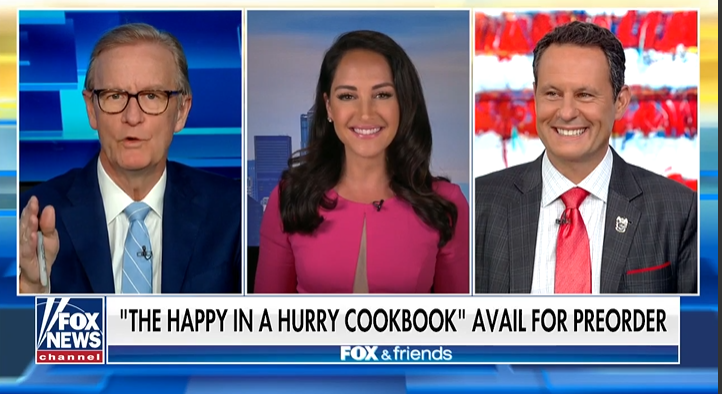 Here’s a lunch hour post that could force you to open your lunch box.

It also has Sean Hannity’s “mouthwatering” mac and cheese.

Kilmeade joked with Doocy about Hannity asking to be moved up to the front of the book. Doocy said Hannity is now in the “appetizer” section after his demands.

“I just want to hear one thing come to an end,” Kilmeade told Doocy. “Sean Hannity complaining he was placed at the end of the book. Have you rectified that situation? I can’t take the blowback.”

Doocy responded, “Sean Hannity is now an appetizer. He had been an entrée and that is in the back of the book. Sean is an appetizer. He’s at the beginning the only way he could be ahead of any other Fox News personality would be if his name were table of contents.”